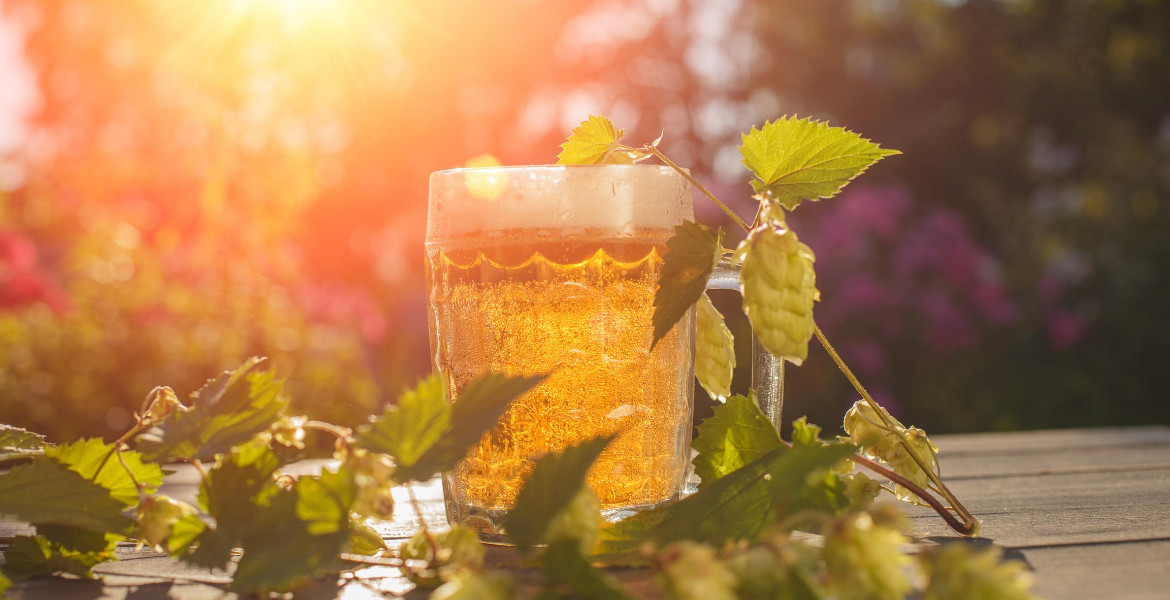 This itinerary tries to get you away from the idea of brewing linked only to large industries, to accompany you in the rediscovery of craft beer through its history, ancient flavors and atmospheres of the past. An unforgettable experience enriched by the professionalism of the master brewers of Terre di Pisa who will share their knowledge and passion with you. An enthusiasm and a strong sense of belonging that often links the name of the beer to the territory, its resources and its traditions.

The itinerary begins in Pisa, with a visit to a very special brewery: “La Gilda dei Nani Birrari” (in eglish The Guild of Dwarf Brewers). Characterized by a fantasy atmosphere, it transports you inside the Gioco del Ponte, the traditional cart fight that takes place in Pisa on the last Saturday of June. The Master Brewers explain and let taste their beers, that have been presented and rewarded at various national and international competitions.

We leave the city of the Tower and continue along the Strada dell’Olio of Monte Pisano. We pass Calci with the splendid Monumental Charterhouse and the interesting Museum of Natural History, we cross the walled village of Vicopisano with its medieval towers and the Rocca del Brunelleschi, to reach Buti, an ancient medieval castle disputed between Pisa and Lucca. The town is rich in historical evidence, including the beautiful Villa Medicea and the massive bulk of Castel Tonini, but also renowned for good food and extra virgin olive oil. Thanks to its position at the foot of Monte Serra, it exploits the fundamental element for a good brewing: water.

Here we visit the Buti Brewery, which links the production of beer to local elements. Like the “Palio”, a chestnut flavored beer in honor of the most important Buti event: the Palio delle contrade, the first palio held in Tuscany in chronological order (third Sunday of January). All operations ranging from grinding the malt to labeling are performed exclusively by hand.

Moving from the mountain to the Pisan Hills, we reach Cenaia, home of the J63 Agricultural Craft Brewery, inside the Torre a Cenaia Estate, which uses only raw materials of the area. The beer is in fact produced with the barley grown in the fields of the estate.

The name J63 is linked to Santa Giulia, Christian martyr and patron saint of Livorno, whose remains according to legend were brought to the parish church of the estate before being transported to Brescia. The Brewery is open to guided tours.
Nearby, do not forget to visit the Castello dei Vicari in Lari, with a multimedia itinerary particularly suitable for families with children and teenagers. Or for lovers of art and painting, the Kienerk Museum in Fauglia, or the Casa Museo della Pepi Collection in the homonymous villa in Crespina.

Not far away you’ll find Opificio Birrario, which produces top-fermented and unpasteurized beers. The brewery with its own hops is located in the countryside of the Pisan Hills. And being Crespina known for the Ancient Fair of the Owls (September 29th), in its honor four beers were baptized with as many names of species of owls.

A long journey that crosses the whole territory of the Terre di Pisa, between landscapes and different panoramas, leads to Sasso Pisano, a small but charming medieval village. We arrived in Val di Cecina, more precisely in the so-called Devil’s Valley of the “smoking lands” where natural vapors come out of the earth emitting heat and steam.
The itinerary ends with a visit to “Vapori di Birra“, the first artisan brewery in Italy that uses geothermal steam as an energy source for the industrial process. Beer tasting is accompanied by typical products supplied by local companies.
Depending on the season, take a dip in the warm water of the nearby Biolago, a bathing complex fed by the hot springs of the surrounding area and cold water heated by the geothermal heating system, near excavations of the Etruscan-Roman baths of Bagnone.

Beer, besides being one of the oldest beverages, is also one of the most widespread and appreciated in the world. Its origins date back to about 7000 thousand years ago and, in ancient times, it was called “liquid bread”, thanks to its remarkable nutritional properties.
Today craft beer is the result of careful research and selection of high quality raw materials and a process that, unlike industrially produced beer, guarantees its conservation and enhances the qualitative potential of the materials used in the production process, without resorting to the use of preservatives.

Some events and festivals related to craft beer: Vicopisano in late June, Buti in mid-July, Cascina in mid-September, the Terre di Pisa Food & Wine Festival in mid-October in Pisa.