The municipality of Crespina Lorenzana was established on 1 January 2014, merging the municipalities of Crespina and Lorenzana.
The first document attesting to the existence of “Crespina” is dated 16 August 983 CE and speaks of the Bishop of Lucca, who was a guest in the nearby castle of Santa Maria a Monte. In 1115 the city came under Lucca’s control. Then in 1165 it was occupied by the Pisans, who would return it to Lucca ten years later. From the thirteenth century onward it was permanently under Pisan rule and was listed in the Capitana of the lower hills. With the rise of Florentine power in Tuscany, the castle of Crespina too would be forced to surrender to the siege of Florence in 1405 and become part of its dominion. Finally, in 1431, after a bloody popular insurrection, the Florentines tore down the castle and made Crespina a dependent governorship of the vicariate of Lari.
Unfortunately, no trace remains of the castle that once defended “Crespina”, but we can still admire the villas in the surrounding hills and the evocative views they offer – panoramas loved by Silvestro Lega, Giovanni Fattori, Luigi Gioli and Giorgio Kienerk, all leading exponents of the Macchiaioli movement. The most important are Villa Belvedere, with its generous English garden and lemon trees, Villa Ott, Villa Corsini Valdisonzi and Villa Il Poggio, which is currently the villa-museum of art critic Carlo Pepi.
The story of “Lorenzana” begins with two tenth-century documents of its founding, drafted by the bishops of Pisa. For several centuries the town was part of the Republic of Pisa, but in 1406 it came under Florentine rule. Almost a century later the city rebelled against its new rulers, but did not achieve liberation. In 1722, along with Crespina, it became a grand-ducal fiefdom at the behest of Grand Duke Cosimo III de’ Medici.
The territory of Crespina Lorenzana has an ancient tradition of excellent wine production, as testified by the Camaldolese Annals. Over time, especially in recent years, wineries have adopted innovative techniques and have continued to offer excellent wines. 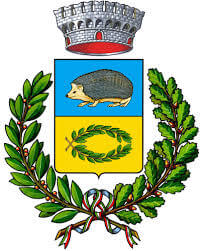