Ring route hiking trail • By following the Way Points (WP) you can create itineraries as well as extend or modify the route according to your preferences and needs.

Villa Saletta • The abandoned village was the location of the films “La Notte di San Lorenzo” and “Fiorile” by the Taviani brothers and “Io e Napoleone” by Paolo Virzì. In summer, a popular theater festival takes place.

Palaia has an Etruscan origin as evidenced by the findings of tombs and artifacts. According to the Latin etymology, the name of this village indicates a place of collection and processing of wooden poles, to be used in the construction of buildings and boats.

The Parish of San Martino

Palaia experienced its period of prosperity in the 13th century when the Pieve di San Martino, completely in brick with Romanesque and Gothic elements (perhaps the work of Andrea Pisano) and the Church of Sant’Andrea, housing precious works from the Tuscan school, were built.

The memory of agricultural traditions can be found in the village of Montefoscoli, where the Museum of Peasant Civilization and the Vaccà Berlinghieri House Museum can be visited. This is the same family that built the strange Temple of Minerva Medica, known as a mysterious place of esotericism, Freemasonry and human experiments on corpses.

Palaia is the starting point for scenic excursions of great beauty along the Colline Pisane Wine Trail or along the path crossing the ghost hamlets of Villa Saletta and Toiano, the latter nestled between rolling hills and rugged gullies and sadly famous in the post-war period for the murder of the “Bella Elvira”.

Even truffle is particularly widespread in the woods around: it was here that the first ID Card of the Tuber Magnatum Pico (Latin name of the White Truffle) was born.

The area is criss-crossed by a dense network of dirt roads and trails, with marked and accessible routes both on foot and by bike. Real ring routes where the points of departure and arrival are the same. All routes on Palaia Hiking. 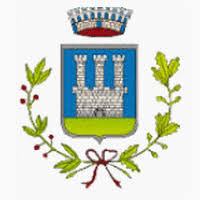