The Truffle of the San Miniato Hills

The hills from San Miniato are the perfect ecosystem for the growth of the white truffle. This area, including also Palaia, Peccioli and Volterra. Truffle all the year round: between January and April the Marzuolo Truffle, (deriving its name from the month of “Marzo”, March) in summertime the black truffle called “Scorzone”, from October to December the white truffle.

San Miniato is one of Europe’s most expansive area for truffles. Regulated by a strict regional law that clearly sets the terms for harvesting and sales, the white truffle of San Miniato has been well-known since medieval times. But it’s only in the last 100 years or so that the harvesting activities have been organized by domestic groups, known as the tartufai, (truffle hunters).

The local Associazione Tartufai is Tuscany’s largest group of its kind and the second largest at the national level. Its goal is to protect the product and safeguard its environment, aiming to valorize the long history and culture of the truffle.

Every year in November, the National White Truffle of San Miniato Show turns the old town into an open-air tasting workshop. Truffle is displayed, tasted and bought in streets and squares, combined with local flavours or with Italian culinary cities.

Smaller festivals anticipate the National fair take place in October, in the little villages such as Corazzano or Balconevisi. In March the Marzuolo truffle can be tasted in Cigoli, birthplace of the painter Lodovico Cardi. 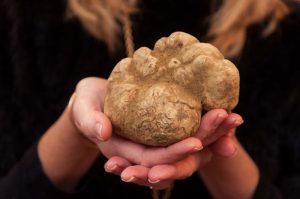 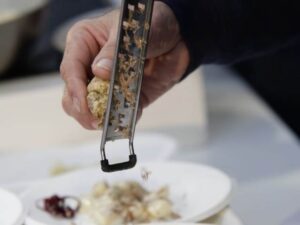