In the Middle Ages, Pisa, Lucca and Florence fought fiercely over the village of Vicopisano because of its strategic position. It was the Florentines who won out in 1406, but here, unlike other villages that were virtually razed to the ground, their castles taken apart, the decision was to upgrade the fortified complex. Filippo Brunelleschi was placed in charge of the project. In 1440 he erected the Rocca Nuova and reinforced the surrounding walls. These works gave Vicopisano new importance, so much so that it became the seat of the Vicarage of the Lower Valdarno. In addition to the fortress, imposing with its 31-metre-high corner tower, the old town still has twelve towers and two medieval palaces. A festival every September recreates the air of prestige and power that this beautiful village once had, allowing visitors to step into the everyday experience of such a remote time.
Vicopisano can also be a starting point for an itinerary to discover Romanesque churches and parishes: the twelfth-century Church of Santa Maria, the Church of San Jacopo in Lupeta and, in Caprona, the Pieve di Santa Giulia. Continuing towards San Giovanni alla Vena, one can visit the Pieve di San Giovanni, whose existence is documented as far back as 975 CE, while the Romanesque church San Martino al Bagno Antico is found in the Parco Termale di Uliveto.
Vicopisano’s strategic position was the main reason for its historical and commercial importance. The town developed on a hill that stands where two rivers merged, the Arno and a branch of the Serchio that is now dried up. The lush natural surroundings between the Arno river and Monte Pisano are ideal for outdoor activities.
The agriculture is mainly concerned with olive oil production. In fact, Vicopisano is part of the Strada dell’Olio Monti Pisani, which obtained the IGT (Protected Geographical Indication) trademark in 1998. 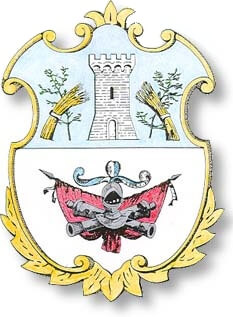