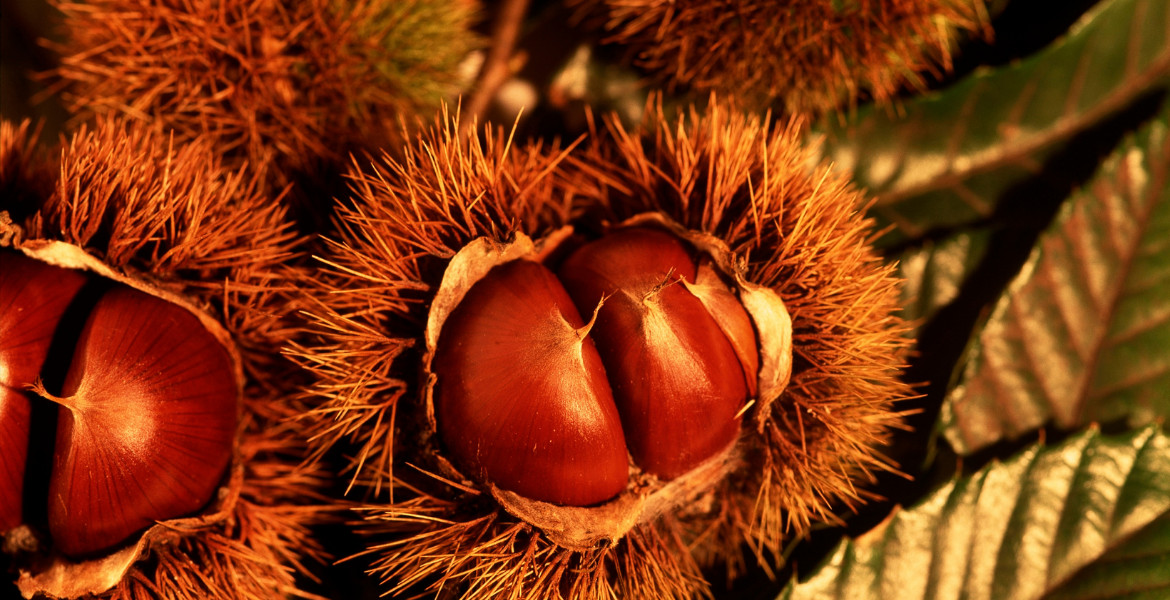 In the Terre di Pisa the area dedicated to chestnut trees is not the most important in Tuscany, as in the Garfagnana or Lunigiana area. However, the conformation of the area characterized by plains and hills, becomes more mountainous, reaching almost 1000 meters, ideal environmental condition for the chestnut, which in autumn unrolls the carpet of its fruits. Together with mushrooms, chestnuts are one of the products we associate with the forest.

Three areas in particular, from north to south of the Lands of Pisa, are rich in chestnut trees: the Monti Pisani, the Valdera hills and the woods of the Val di Cecina. For centuries the inhabitants are entrusted to the nutritional properties of the tender and floury pulp of chestnuts, rich in calories, and widely used as flour, to deserve the nickname “bread of the poor”.

The itinerary starts from Buti, on Monte Pisano, and continues parallel to the Oil Road crossing Vicopisano to reach Calci with its splendid Monumental Charterhouse and the adjacent Museum of Natural History, up to the town of Molina di Quosa with its its secular chestnut groves.

We leave the low reliefs of the Mount, but not before having regenerated in San Giuliano Terme at the Baths of Pisa, once a place of residence of the European aristocracy and the Grand Dukes of Tuscany.
We turn towards the sweet and green hills of the Valdera where Rivalto awaits us, a pretty medieval village where Giordano da Rivalto, preacher and theologian of the XIV century, was born.

October is the month of celebrations, such as Castagnalandia in Castelnuovo Val di Cecina or festivals such as the one in Orciatico near Lajatico (the birthplace of Andrea Bocelli) or the “Marrone di Rivalto” near Chianni in Valdera, in which they celebrate the sweetness of roast chestnuts and chestnut cake, announcing the arrival of the first cold weather. Those who prefer to go to a chestnut grove can combine the pleasure of picking chestnuts with a walk through the paths, coming across places or villages that are perhaps little known but surprisingly rich in history, such as Buti and Calci, on the slopes of Monte Pisano, between Pisa and Lucca.