In May there is the food festival dedicated to the Nozza of Calcinaia, a local dessert in the shape of a cone flavored with anise, which was once served at weddings and which in other areas of Tuscany is called “brigidino”.

Calcinaia, in Valdarno, has had two names, the history of which closely linked to the productive activities that have alternated here over the centuries: if the current name is due to the presence of many lime kilns that have produced splendid ceramics since the 17th century, in ancient times it was called Vico Vitri because it was here people worked vitrified crockery.

The most famous potters were the Coccapani family, and indeed the Museum of Ceramics is dedicated to Ludovico Coccapani. It was he, after all, who made popular the “majolica of Montecchio”, a precious processing technique that could count on a unique raw material, the land of Montecchio. Pottery was a central activity for the economy of Calcinaia until the 1960s, when it was abandoned with the conversion of the kilns into homes.

If the surrounding woods provided the timber for the furnaces, the banks of the River Arno welcomed the boats of the “navicellai”, expert boatmen who transported various types of goods such as foodstuffs, wood, sand, and bricks. Their special boats, the “navicelli”, were small and flat but could carry loads of up to 25 tons all the way to the port of Livorno.

Calcinaia was therefore a river crossroads for the traffic of the Arno basin. As a throwback to the town’s bond with the river, the Historical Regatta takes place every year in May, in honor of the town’s patron, Saint Ubaldesca. This is a reconstruction of the ancient activity and rivalry between the “navicellai”.

In medieval times the village was ruled by the Upezzinghi (of which today a tower remains in the village), a Ghibelline Pisan family who settled there at the behest of Count Ugolino della Gherardesca. Calcinaia was also at the center of various disputes between Pisa, Lucca, and Florence, which took possession of it in the 15th century. To prevent flooding of the River Arno, the area has often been the subject of hydraulic works. Starting in 1555 at the behest of the Grand Duke Cosimo I, the course of the river was diverted, while under the Lorraine dynasty the Lake of Bientina was drained and the “Botte” canal built thanks to the ingenuity of Alessandro Manetti. 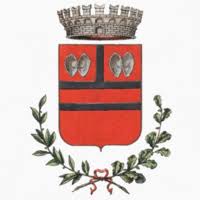