Calcinaia | The Museum of Ceramics

The Museum of Ceramics of Calcinaia, dedicated to the memory of Lodovico Coccapani and housed in the premises of an ancient furnace, was founded in the late 18th century by three brothers, Luigi Giuseppe, Ercole Ranieri and Andrea Sigismondo Coccapani, members of a family of potters from Sassuolo.

The museum proposes the history of local ceramics through the production, the artisan environments, the kilns, the tools of the trade, without forgetting the historic context and the tradition of ceramic art developed here since the Middle Ages. The presence of the kilns, material source for the history of ancient crafts, make the museum of Calcinaia a unique and extraordinary place, ideal for educational workshops.

The working of clay in Calcinaia began at the end of the 17th century, when the Carthusian monks decided to install a ceramic factory in nearby Montecchio, to produce pottery and bricks for internal use. The friars first called a master potter from Siena in order to work the “majolica of Montecchio”, then Marco Coccapani, a potter and ceramist from Sassuolo. The repeated contrasts with the Carthusian monks, however, pushed the Coccapani family to move to Calcinaia where they started a profitable production of engobed pottery, and later on they produced garden vases for the villas. The ceramics of the Coccapani family continued to play a central role in Calcinaia until the beginning of the 20th century, with the arrival of big industry. 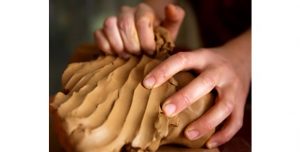 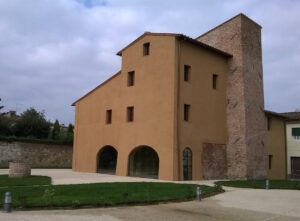 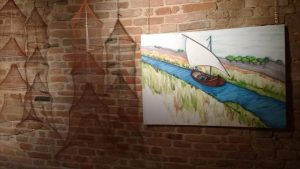