Go hiking in the Bosco Tanali Nature Reserve, a birdwatching haven inside the Padule (marsh). Excursions and outdoor activities are organized by Legambiente Valdera.

The cult of San Valentino goes way back in time: his remains were exhumed from the catacombs of San Callisto, on the Appia Antica, and donated by a Roman noblewoman to the community of Bientina (1699). His fame as a thaumaturge is known in Tuscany and beyond.

The saint has always been talked about for the many miracles on those that were possessed by demon, Even Prince Gian Gastone dei Medici (Granduke of Tuscany) used to go to the Chiesa di Santa Maria Assunta to pay him homage. A popular Palio to him dedicated takes place every year in July.

Bientina has undergone numerous changes over the centuries, the most important linked to the drying up of the nearby Lake Sextum (the present “Lake of Bientina”). It was the Lorena family, successors of the Medici, who started the reclamation works of the Lake, later called marsh.

The vast plain stretching between the Pisa Mount and the Cerbaie Hills is what remains of the lake today, after the reclamation works commissioned by Leopoldo di Lorena between 1824 and 1859. Originally called Lake Sesto because situated only 6 km from the city of Lucca, it represented the largest of the lakes in Tuscany. Its drying up along with the development of industrial agriculture radically changed the fauna and flora, leading to the subsequent abandonment of fishing techniques and processing of marsh grass. 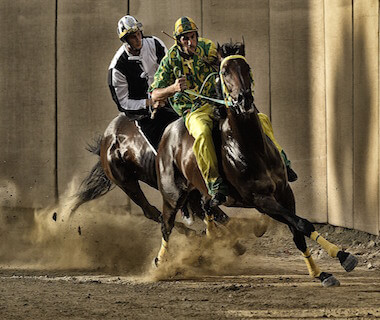 The veneration of St. Valentine, patron saint of exorcists, dates back to 1699. A popular Palio is held in his honor every year in July. The saint’s fame also impressed the Florentine rulers, who often came here to pay homage to his remains on display in the Church of Santa Maria dell’Assunta, where a small interesting Museum of Sacred Art has also been set up.

Between Past and Present

Visitors can still admire the remains of the medieval walls, towers, and Keep, now home to the Municipal Library and archive, as well as the Local Museum of the Ancient History with a special section dedicated to the Etruscan period.

The economy is essentially based on commercial and artisanal activities, such as antiques (one of the most traditional markets in Tuscany takes place every end of the month) and small industry, particularly the mechanics and manufacturing (furniture and its components,  clothing, footwear, and leather processing.