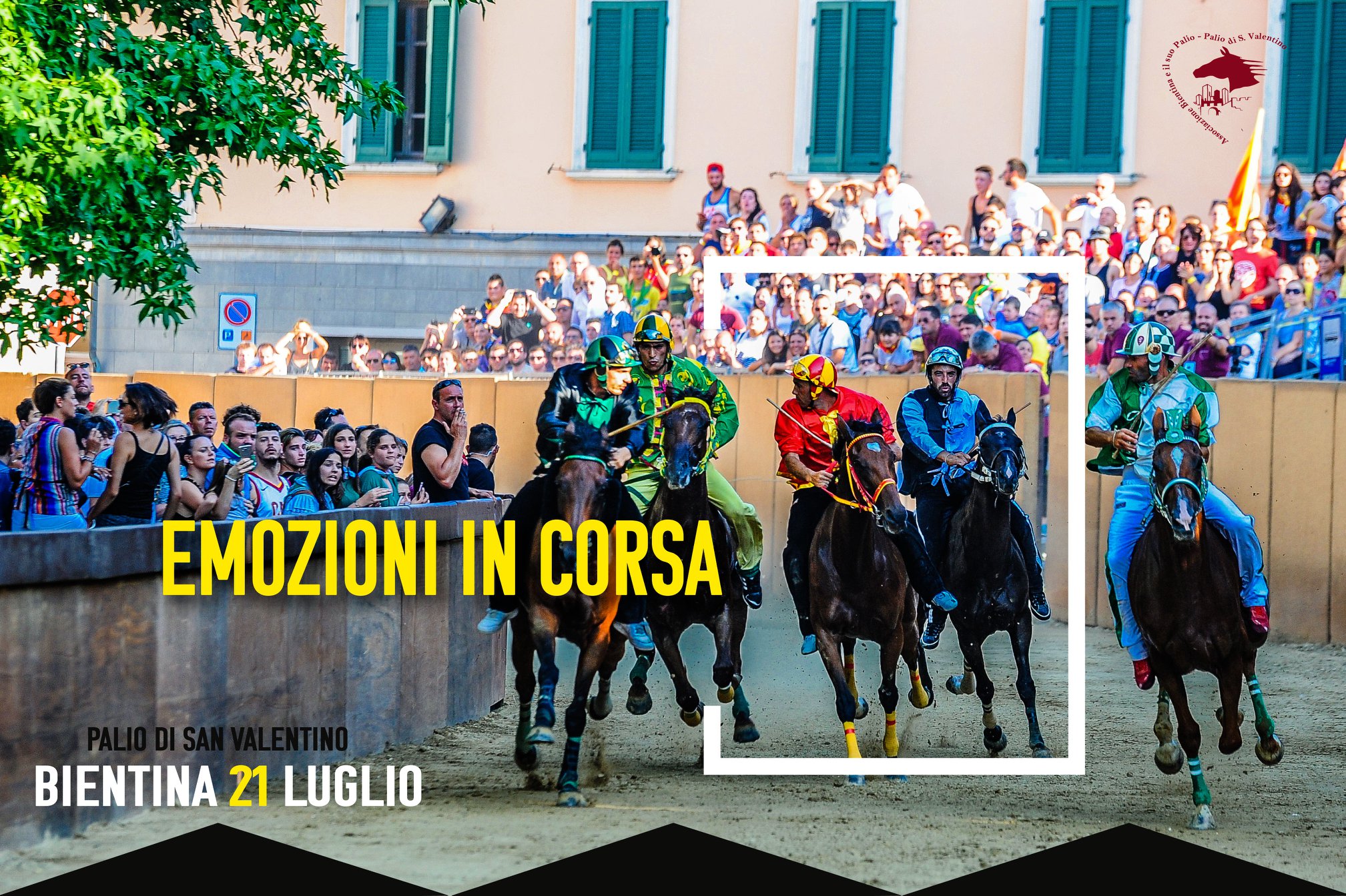 The Palio di Bientina, also known as the Palio di San Valentino, has been held for 28 years on the third Sunday in July in Piazza Vittorio Emanuele. Like the more famous Palio di Siena, it is a horse race between the town’s districts, which compete to win the coveted cencio after days of passion and trepidation. Preparations for the Palio begin as early as Thursday, when the square is set up with stands and mattresses to ensure maximum safety for spectators and horses.

The history of the Palio has ancient origins. The first document dates back to 25 May 1786. Its modern version is more recent and dates back to 1993. The first challenges took place at the sports ground, but since 2001 the natural setting of the Palio has been the central Piazza Vittorio Emanuele. The names of the nine contrade are: Centro Storico, Guerrazzi, Il Cilecchio, Il Puntone, Il Villaggio, La Forra, Quattro Strade, Santa Colomba and Viarella.

Date 2022 to be officially confirmed

A week before the race, Bientina is already in turmoil. The race ground is prepared, with a special layer of earth made from a mixture of tuff, clay and sand, so that the track is as soft as possible for the horses to gallop on.
On Fridays and Saturdays, the horses and jockeys are given repeated trials to test the terrain. On Sunday morning, the general trial, called provaccia, then the delivery of the oil of St Valentine by the contrada winner of the previous edition.
At 5 p.m. the Palio begins. The mover calls to the canapo the nine districts that through a draw have been divided into two batteries: one of five and one of four. The first two classified of each battery go to the final, which decrees the winner at the end of the three laps of the square.