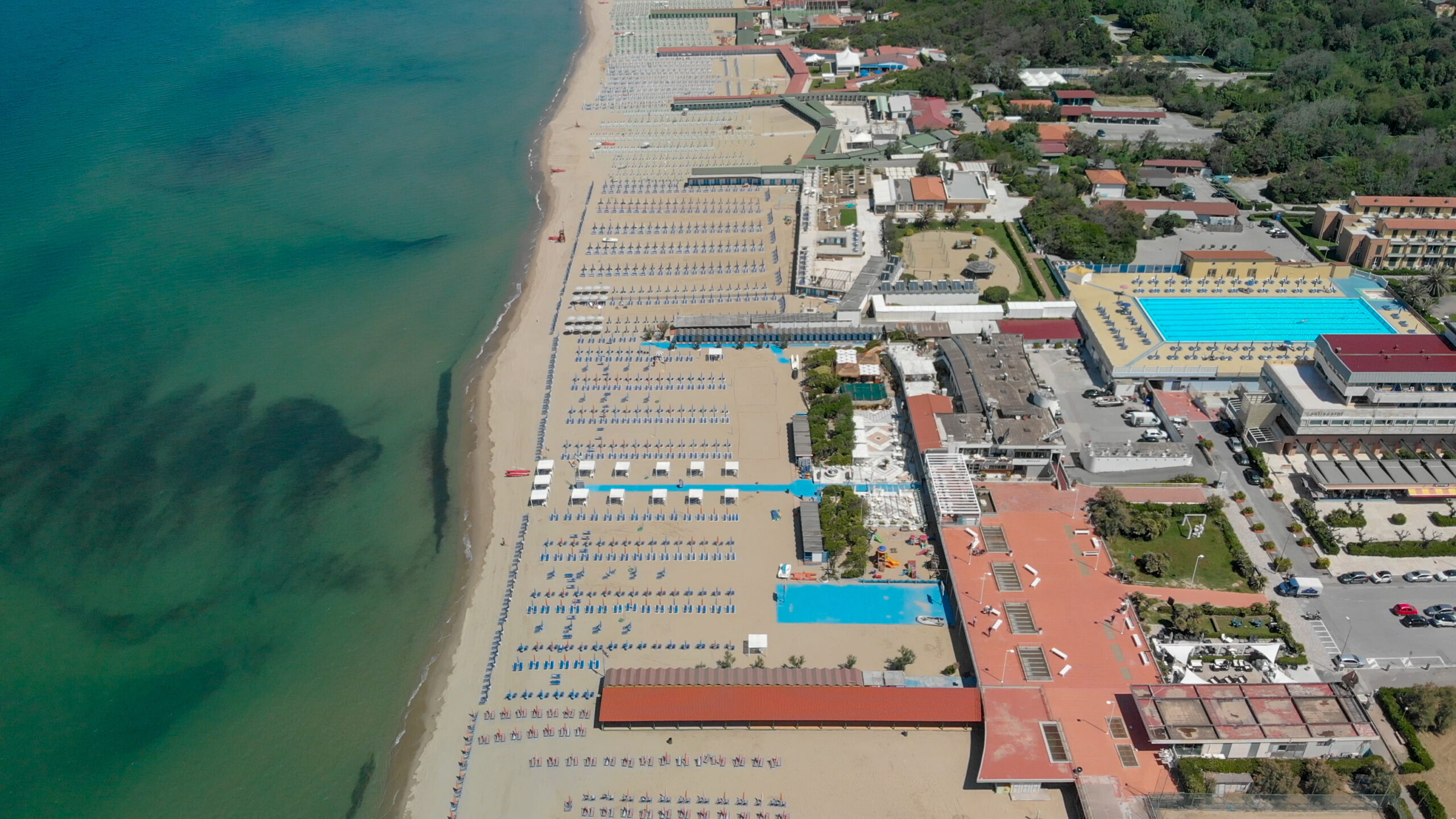 The seaside resort of Tirrenia, 15km far from Pisa, offers a quiet and relaxing stay particularly fit for families with kids, thanks to the wide choice of tourist accommodation in hotel, residence or camp-sites. Many are also the well equipped bathing resorts (called “bagni”), besides a Aquapark, offering entertainment and fun.
Outdoor and sport activities are the “flagship” of Tirrenia: the Centro CONI is a very important training center for national teams of different sports , two golf courses (18 and 9 holes), sailing schools, scuba diving courses, surf and deep sea fishing.

Sea but also nature: Tirrenia boasts wide sandy beaches, free or private, featured by an eco-system of dunes of remarkable naturalistic value. The dunes is a protected WWF area which organizes eccursions and guided visits all the year round.

Close to the beach, a vast mediterranean pinewood stretches until the  Tenuta di Tombolo, including the Oasi di Cornacchiaia, a WWF protected area as well.
We are in Calambrone, the last resort of the Pisa seaboard, which during the Fascist period (1930s) became so famous in Italy for the summer colonies for children, that was called the ‘City of Childhood’. The seven former colonies – among which the Rosa Maltoni Mussolini and the Regina Elena, were built on the coast with nothing around and represent nowadays a memory of the Fascist architecture. Today, these monumental buildings have been restored and turned into accommodation facilities.

A curiosity. Between the 1930s and the 1960s, Tirrenia hosted the most important  film studios in Italy, before those of Cinecittà in Rome.  “Pisorno” was the name that the playwright Giacchino Forzano gave to them, as a shortening of the cities of Pisa and Livorno. The main Italian actors, actresses and directors have played and worked here, such as Sophia Loren, Marcello Mastroianni, Claudia Cardinale, Vittorio Gassman, Vittorio De Sica.