The Baths (Bagni) of San Michele alle Formiche are located in Valdicecina, near Pomarance and just over half an hour’s drive from Volterra. 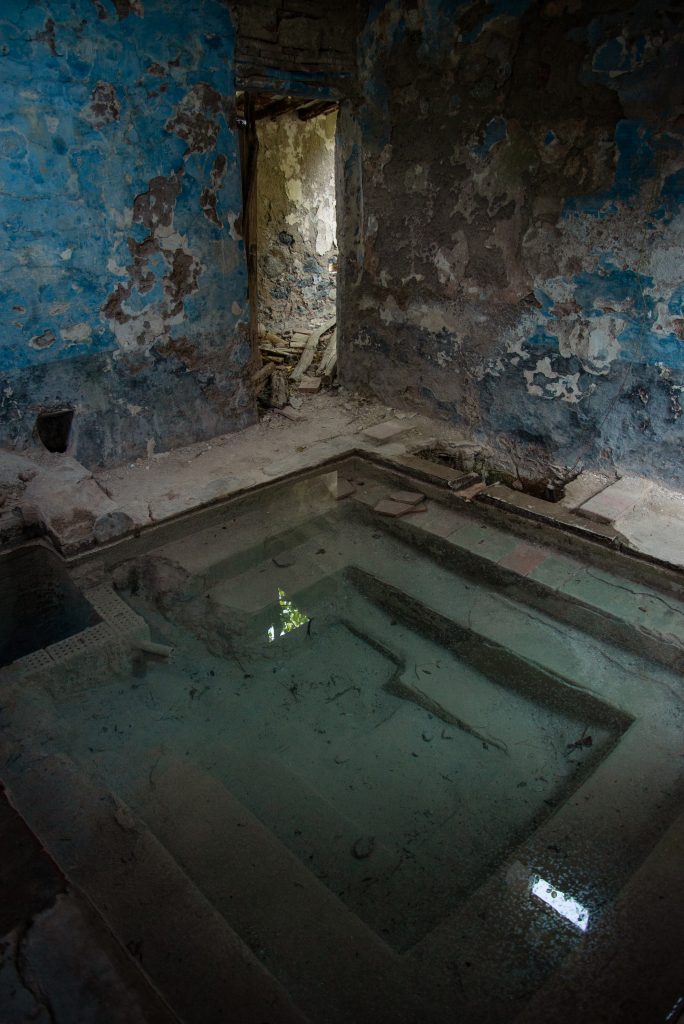 The baths represent a sort of medieval spa, with thermal baths dating back to the 13th century. It seems that the name derives from the fact that, during the feast of St Michael, on 29 September, swarms of ants invaded the area. The old thermal building, divided into two parts by a stream, still has some baths, including a square one surrounded by walls painted blue, filled with sulphurous water (not very hot), still fed by a well in one corner. Legend has it that these sulphurous waters gushed from the earth through a hole made by the fall of the abbey bell.

Before or after a relaxing bath, take a path through the valley below to the Hermitage of San Michele delle Formiche. Here you will come across the remains of the Celestine abbey founded in 1377 by the monks of the same name, whose order was founded by Pietro da Morrone, the future Pope Celestine V. The hermitage was abandoned around the 18th century, when only one monk remained.

Follow the direction of the stream to reach a small waterfall for a final rest before setting off on the return path.

How to get there: it is possible to park near the Bagni, without having to make the hike starting from the Sant’Ippolito farmhouse. Along the road that leads from Pomarance to Montecerboli you will find, on the right, signs for Bagni. You can park in the small clearing and then continue on foot for a few minutes.