The area around Larderello is easy to recognize thanks to the alternation of boraciferous fumaroles, tall towers, and a tangle of steam pipes which channel the steam to convey it to the geothermal power plants. Indeed, a visit to the Geothermal Museum is a must.

Masso delle Fanciulle, The Maiden’s rock • The name derives from an old legend: to escape from the attentions of a squire, three girls jumped into the water from this boulder and drowned. Another version reports that girls once came here to bathe in complete privacy.

Pomarance is the gateway to the largest geothermal area in Europe.

Indeed, it is the ideal place from which to visit the Museum of Geothermal Energy of Larderello which tells the story and describes the techniques used to obtain geothermal energy from fumaroles and natural geothermal events for which the area is known as “Valle del Diavolo” (Devil’s Valley).

Hamlet among the hamlets 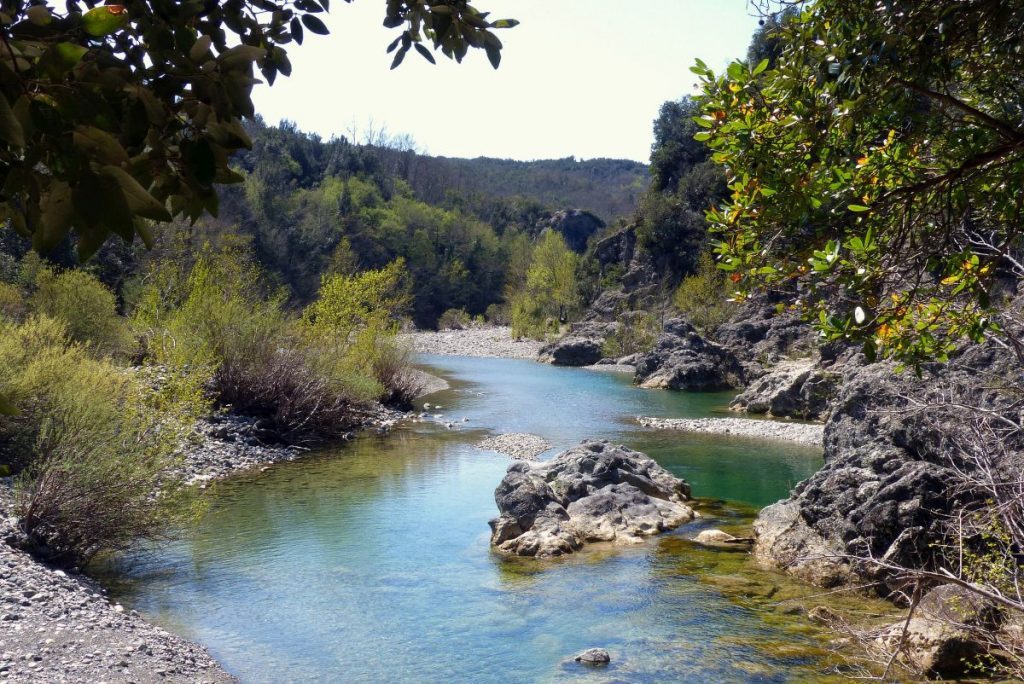 Pomarance was an important medieval castle; today only part of the walls and gates are left. The charming old center includes the 12th century Romanesque parish church with works by local painters Niccolò Cercignani and Cristofano Roncalli (known as Pomarancio), the Piazza della Pretura, and the 19th-century palaces of Via Roncalli, among which the Palazzo Bicocchi Museum, a 19th-century bourgeois residence.

In the surroundings, many charming hamlets such as Libbiano, Micciano, Montegemoli (taste its bread), Montecerboli, Serrazzano, Lustignano, San Dalmazio (with the ruins of the Romanesque church of Sillano). All surrounded by landscapes of rare beauty and all dominated by the imposing bulk of the Rocca Sillana, one of the most significant examples of medieval military architecture in Tuscany.

The agricultural vocation can also be found in animal husbandry. Typical of the area are the “pomarancino” lamb, a breed that adapts well to the rugged hilly terrain and provides excellent meat (so much so that a Consortium was born) and the “monterufolino” horse, a small but robust indigenous horse breed which takes its name from the Monterufoli reserve, a true paradise for hiking and MTB enthusiasts.