Volterra boasts a museum system of remarkable artistic interest, which can be visited through the 72h Volterra Card.

The morphology of the area is quite varied: from the gentle hills to the rugged landscape of crags and gullies, as well as the woods of the Berignone-Tatti Nature Reserve. Indeed, the area surrounding Volterra offers many trails to enjoy on foot, by bike, or by jeep.

On its western slopes you can admire the erosive phenomenon of the Balze, a chasm originated by the erosive action of water that infiltrates into the sandy and permeable deposit removing the impermeable clays. This cause progressive landslide and, in past times, the destruction of civic and religious buildings.

The name Volterra comes from the Etruscan Velathri. As early as the 7th century BC, the Etruscans had founded an important settlement, which rose to the size and power of a Locumonia, (the seat of a “Lucumo”, the supreme ruler of a city-state) and had a powerful surrounding wall more than 7 km long. We can still admire the Porta all’Arco and the Porta Diana which date from that period. The Theatre is instead from the Roman period and hosts today an international summer festival.

A place to discover, inside and outside the walls

In the past, the local economy was determined by the extraction of alum, alabaster and salt. Nowadays, Volterra is more and more a tourist destination. Its isolated position has limited or impeded the industry and housing development.

That is why Volterra still retains the charm of a medieval village enclosed in the ancient walls and developed around Piazza dei Priori with the unmistakable outline of Palazzo dei Priori. The tower-houses, classic examples of the medieval civic architecture, can be found near the square. Behind it, the religious buildings such as The Cathedral, the Baptistery, the Hospital of Santa Maria (the conference center of the local bank, Cassa di Risparmio).

The Guarnacci Museum is home to a collection of Etruscan art and displays the richest collection of Etruscan urns. The Town Art Gallery in Palazzo Minucci-Solaini displays precious paintings such as the Deposition by Rosso Fiorentino and the Annunciation by Luca Signorelli. Palazzo Viti boasts magnificent halls used by director Luchino Visconti as a set for the movie “Vaghe Stelle dell’Orsa”.

The Medici Fortress consists of two strongholds joined by boundary walls. If the fortress was a former political prison, it is today home to a prison and a theater company known as “Compagnia della Fortezza” made of inmate actors that premiere their work at the summer Festival “Volterra Teatro”.

Volterra surprises you outside from the city walls. The Fonte Docciola consists of two arches and has a large rectangular basin, once used as a public lavatory. Borgo San Lazzaro boasts the old railway station that connected the city to Saline, the Church of San Giusto with its solar clock, and the Badia Camaldolese (11th century), an abbey which still retains its cloister and refectory.

Volterra, the “city of wind and stone”, is famous for the working of alabaster mined from the quarries of Castellina Marittima. Thanks to its softness, working this snow-white stone is easier than working marble and is therefore suitable to reproduce ornamental details on a small scale. Of course, there is a Museum of Alabaster, which displays its manufacturing secular history, from the Etruscans to the present.

You can also find many shops and workshops, with craftsmen at work.

Balze, “pecorino” and other products

Volterra boasts many gastronomic products: the Pecorino cheese of the Volterra Balze a DOP product excellent both fresh and cured, treated with olive oil and ash; the pure salt of Volterra, the excellence of Made in Italy produced in the former Salina di Stato, the national salt mine; the truffle including white truffle; the extra virgin olive oil; and the wine of local winemakers along the Colline Pisane Wine Trail. 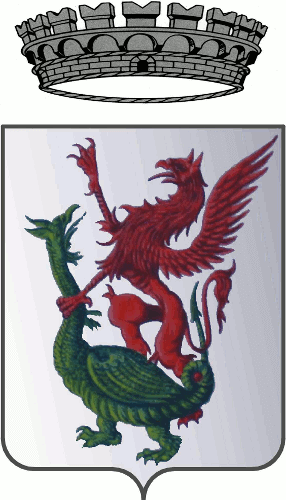