The fortress stands on top of Mount Verruca, on the eastern slopes of the Monti Pisani (537 metres above sea level) from where it dominates the Pisan plain and the course of the River Arno. Thanks to its strategic location, it has always been a key element in Pisa’s defensive system in the centuries of bloody fights against Florence. The fortress allowed visual triangulation between Pisa and Vicopisano Castle, which in turn was connected to Buti Castle and all the area at the foot of the Monti Pisani. Settlements in the area are documented from 780, when the district was defended by a stronghold to control the River Arno and its plain (at the time quite marshy) as far as the seaboard. The fortress has always been almost impregnable for local and European armies that attempted to conquer and control the area. In 1402, after the conquest of Pisa by the Florentines, the fortress was destroyed to prevent it from becoming a menace again.

The present appearance of the fortress is the result of reinforcement work carried out after many wars. Verruca is the result of different construction stages led by different architects. It has a pentagonal plan, with two circular towers restored in the 16th century at the front and two angular bulwarks at the rear. The inside shows two construction levels – the upper one has suffered far greater damage than the lower one, which is completely underground.
The walls are a rare example of a fortification built with loose stones instead of the bricks that were commonly employed at the time; cut stones are used in limited quantities only for the corners. The oldest nucleus, built of verrucana stone, dates from the 8th century. The main structure enclosed barracks and drill grounds, storehouses, a cistern and a church. Accesses lead from the fortress to the side bulwarks, where rooms were used to watch the surroundings or shoot the enemy. Still visible along the whole perimeter are slits for guns.

An important discovery has been made in the fortress – an epigraph, preserved today in the National Museum of San Matteo, which is almost certainly the earliest document in ‘vulgar’ Italian, being clearly dated ‘a dì dodici di giugno MCIII’ (12th of June 1103). 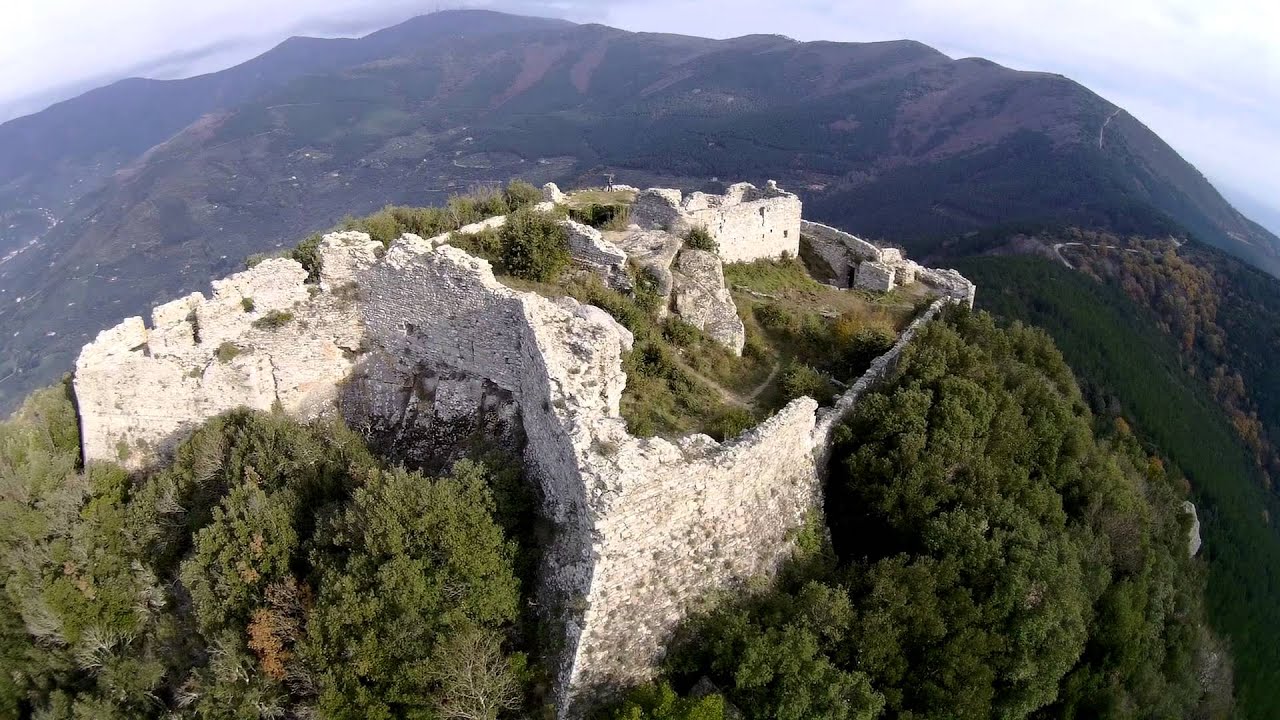 How to reach the fortress

It can be reached from the Pisa-Florence dual carriageway (Superstrada – Navacchio exit), by following signs to Caprona.
Park the car at Caprona and continue on foot on a path that leads up to the walls of the fortress.
It can also be reached from the Florence-Pisa dual carriageway (Superstrada – Cascina exit), by following signs to Vicopisano.

From Calci take the so-called ‘Strada della Verruca’ (Verruca Road) from the cemetery. Despite being unpaved, the road is practicable by car up to the foot of the large rock upon which stands the fortress (approx 20 minutes’ drive).