The exhibition rooms of the Civic Museum re part of a building connected to the La Rocca Archaeological Area. The museum connects the local community with its past traditions and all those testimonies recorded in the archaeological finds on display.

The subject matter collection about the figure of the patron saint “Beata Diana Giuntini” is at ground floor. The first part of the museum route connects the coat-of-arms of the Municipality of Santa Maria a Monte in 15th-century guise with the medieval statue of the Madonna and Child – a painted and gilded wooden sculpture preserved in the Collegiate Church of Santa Maria a Monte.

The second room, featuring the historical figure of the patron saint , sets itself the objective of unravelling the biographical history of the Patroness by using documents on display from archives and libraries, and many other valuable works.

The first floor shows the findings from the excavations carried out in the sites of the Church of Sant’Ippolito in Anniano (no more existing) and the fortress. 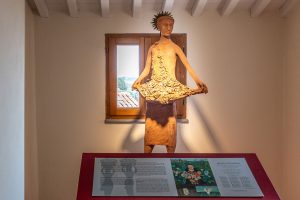 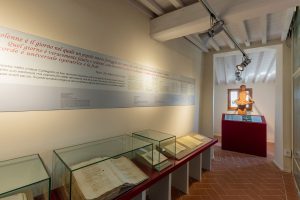 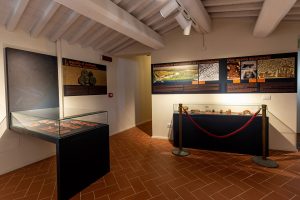 Opening times
Tuesday, Thursday, Saturday 10.00 am – 1.00 pm
Only on reservation