With an area of 4800 hectares, the San Rossore Estate is the heart of the regional park, not only in terms of its location but also on account of the wealth of its habitats and charm of its landscapes. It is bounded to the north by the River Serchio, to the east by the Cuccia ditch, to the south by the River Arno, and to the west by the Tyrrhenian Sea.  The estate is owned by Tuscany Region and managed by the Park Authority. It is a vast area formed over the millennia by the mud and detritus deposited by the Arno and Serchio rivers Its formation created a landscape of dunes separated by low-lying areas known as ‘lame’ (swamps) and has favoured the development of an extremely diversified environment, with meadows, wet woods, pinewoods and marshy areas only a few dozen yards apart. In the 16th century the Medici of Florence chose the area as a hunting reserve and rented the whole property. In 1789 the House of Lorraine succeeded to the Medici at the head of the Grand Duchy of Tuscany and transformed the paths into the wide avenues that still trace the layout of the estate – the Viale del Gombo, the Via delle Cascine, which is accessed from the entrance known as ‘Ponte alle Trombe’, the roads that lead to Torre Riccardi and the mouth of the Arno. In 1829 Leopold I inaugurated the horse racing activity by constructing the first racecourse on the Prato degli Escoli.

The presence of the racetrack stimulated the building of stables in the nearby village of Barbaricina. With the unification of Italy the House of Savoy took over the management of San Rossore; after the fall of the monarchy, in the late 1950s the estate passed to the President of the Republic, thus regaining its former function as an official residence. The area has its origins in relentless supply of sand and fine alluvial particles by the Arno and Serchio rivers. Notwithstanding a high concentration of pollutants of urban and agricultural orgin the ditches that bound the estate to the east are populated by an interesting mix of animal species.

There is an overpopulation of wild boars which prevents the woods from regenerating, thus causing an ‘innatural’ visibility in the undergrowth. The wet marshy areas of the estate cover an area of some 550 hectares representing a breeding ground for many animal species and an obligatory point of passage for all birds following the migratory route that extends along the Tyrrhenian coast. 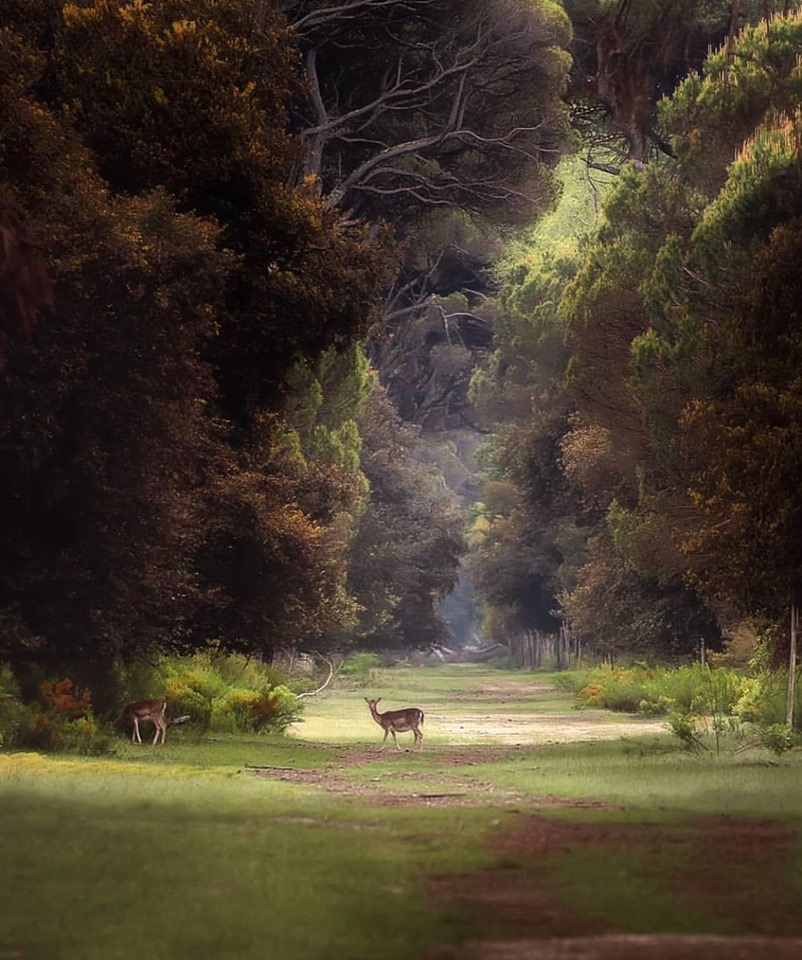 Information and booking for guided horseback and carriage tours
Contact: 050 523019

The estate is open at different times in winter and summer. Guided tours are organized for a fee during the opening hours of the Visitors’ Centre  for groups. Concessions for the disabled, for children up to the age of 14 and elderly people aged 65 and over (visit on foot excluded). There is no bus connection from the railway station. For groups of up to 30 people transport by fun train (booking required).