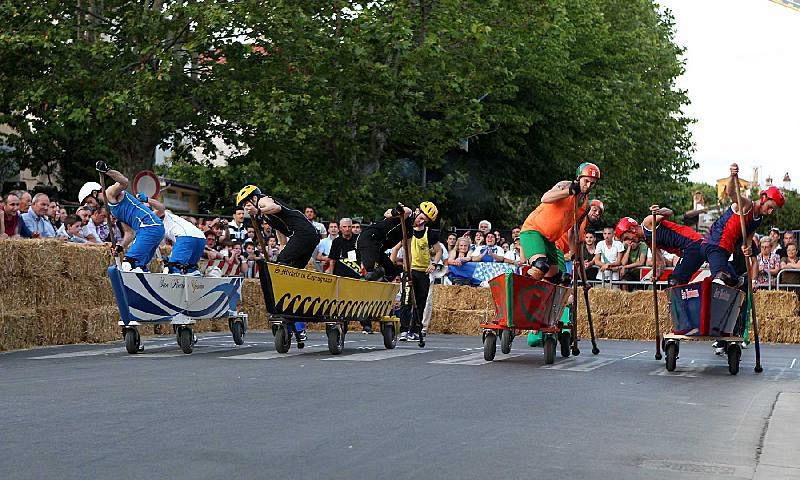 A unique palio has been held in Castelfranco di Sotto for 36 years. The race, which traditionally takes place on the second Sunday in June, is scheduled this year for Sunday 29 May: from 8.00 a.m. the Historical Parade and from 3.30 p.m. the barchini races in Piazza Garibaldi.

Before arriving at the appointment with the race, however, other dates are to be marked on the calendar:
Saturday 21 May in Piazza XX Settembre there will be a “Medieval Dinner” with a show that will take place from 20.00.
On 23, 24 and 25 May, free trials of the barquettes on the competition circuit in Piazza Garibaldi (from 9 pm to midnight).
On Friday 27 May (at 9 pm), the solemn mass in the Collegiate Church with the presentation of the new Cencio, the blessing of the boats and the presentation of the rowers.
On Saturday 28 May (at 7.30 am), the event will start with the technical checks of the boats in Piazza Bertoncini, followed by free practice on the circuit in the afternoon (6 pm) in Piazza Garibaldi.

The aim of the palio is to revive, in a playful way, with a race that is very much felt by the contradaioli, the daily labours of the renaioli, who for centuries dredged the Arno to obtain the sand with which new buildings were constructed. The rowers have to complete three laps around the square on three-and-a-half metre-long, flat-bottomed boats, following a route marked out by bales of hay. There are four districts competing for the coveted ‘cencio’, painted each year by a different artist: San Michele in Caprugnana, San Martino in Catiana, San Bartolomeo in Paterno and San Pietro in Vigesimo. They represent the four villages that were originally built around the medieval castle.