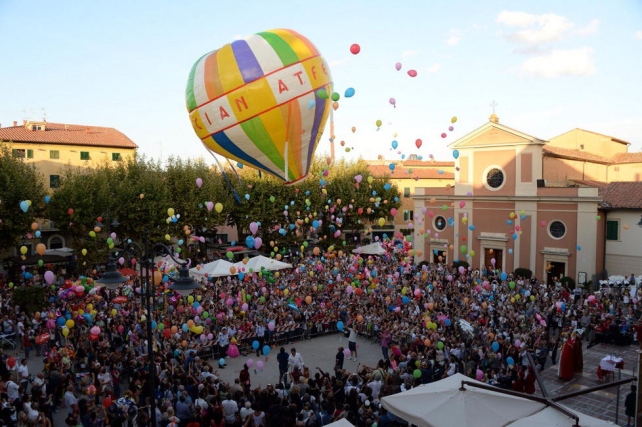 For 65 years now, Casciana Terme has celebrated the feast day of San Genesio, protector of children, on 25 August. This is a reversal of daily life. The evening before, the children symbolically take possession of the town by handing over the keys of the mayor to the Grand Chamberlain of the Kingdom of Children, represented by a local boy or girl. A chamberlain like the typical cake that is still made on that occasion: round with a hole in the middle and filled with candied fruit and sultanas.

The day of 25 August is the highlight of the festival: Casciana is closed to traffic and invaded by children, becoming a toyland, with street shows, clowns, games with prizes, competitions and creative workshops with LEGO constructions. Grand finale on 29 August with the traditional launching of the hot-air balloon, symbol of the festival, and balloons with messages of peace and goodness attached that carry the greetings of the children of Casciana Terme far and wide.