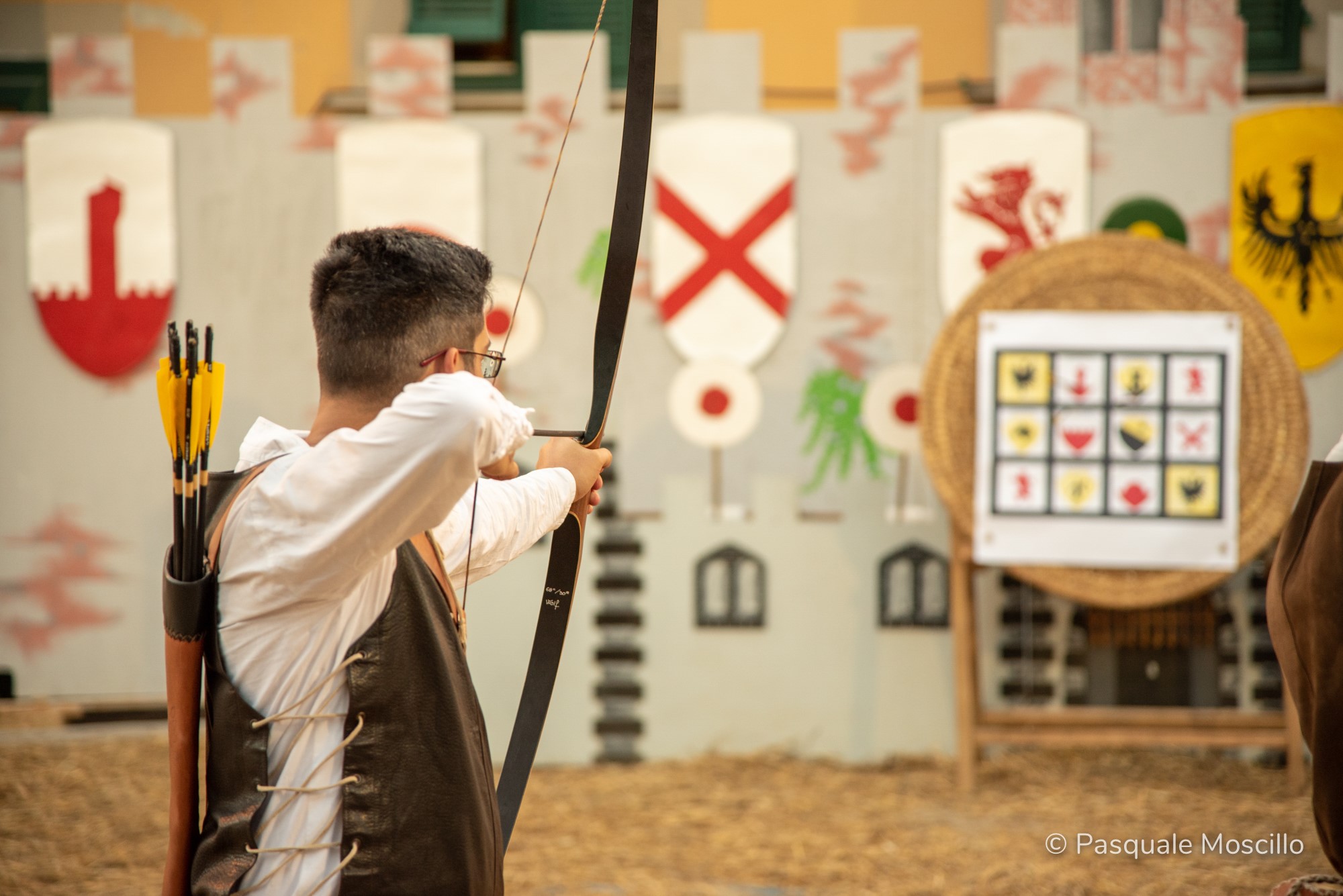 For almost 50 years, Montopoli has celebrated the medieval re-enactment of the Archery Challenge on the third Sunday in September. For a few days, we leave our times behind to immerse ourselves in the Middle Ages, in a setting of rare beauty, characterised by attention to detail and the occultation of the signs of modern times; amidst characteristic costumes, challenges between districts, fights, musicians, acrobats, craftsmen, merchants and warriors. Among the events of the festival is the now historic and famous archery challenge, in which the two quarters of Montopoli: the “perinsù” and the “peringiù” (Santo Stefano and San Giovanni) compete to the sound of bows and arrows.

Montopoli in Val d’Arno, an ancient and powerful village, long disputed for supremacy between Lucca, Pisa and Florence, is today a delightful centre with a clear medieval imprint, with the urban fabric winding along a central street. Boccaccio himself described it as an illustrious castle, confirming its prestige. In a document dated 1412, Podestà Jacopo degli Albizzi, scion of a powerful Florentine family, established that Montopoli should be divided into two peoples: Santo Stefano and San Giovanni. The decision was sanctioned by an Archery Challenge between the best archers of the two factions.