The “Prato del Duomo” is the oldest part of the city that also includes the Tower of Matilde, the Bishop’s Palace (current residence of the Bishop of San Miniato) and the Vicari Palace

The enigmatic façade in Pisan Romanesque style is covered with bricks where 26 decorated ceramic basins are inserted, whose disposition has made one think of the Chariots of the Bear oriented towards the polar star. The Christian is the pilgrim-navigant, oriented by the Church (polar star) and by the sky (the Chariots) towards paradise.

The interior, in neo-Renaissance architectural style with Baroque decoration, has a Latin cross plan with three naves and a richly carved 17th century gilded coffered ceiling.

The Cathedral is sadly linked to the memory of the Allied bombing of 22 July 1944, which accidentally killed 55 people crowded inside the church. The episode, initially and erroneously attributed to the Nazis, inspired the film “La notte di San Lorenzo”, the most famous of the Taviani brothers, originally from San Miniato.

The film of the Taviani brothers

The film “La notte di San Lorenzo”, the most famous of the Taviani brothers, originally from San Miniato, was inspired by the episode just mentioned. The film is set in 1944, in the fictitious village of San Martino, which is actually San Miniato. The film reconstructs the events of August of that year, which culminated in the massacre of 55 people inside the Duomo.

The facade and the interior of the church that you see on the screen are not original but those of the Collegiate Church of Sant’Andrea in Empoli: the Taviani brothers, who were born in San Miniato, felt that using the “real” Duomo would have generated too strong an emotional impact. 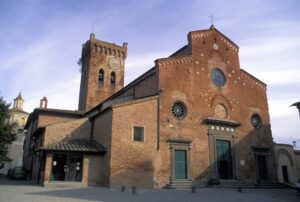 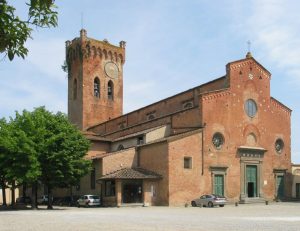 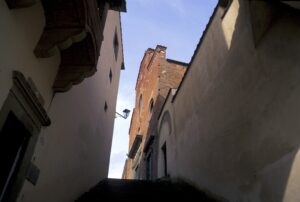