The WWF Cornacchiaia Oasis, 89 hectares in size, represents the part of the Park of Migliarino San Rossore Massaciuccoli where the alterations by man and animals (ungulates) have been less incisive, with perfectly preserved undergrowth. It is located at the southern end of the Tombolo Estate, inside the so-called “Selva Pisana”.

The reserve is characteristic for the alternation of “tomboli” and “lame“. In the “tomboli” in addition to the pines there are numerous centuries-old holm oaks and farnias, but also laurel, elm, maple and cork oak, absent in areas north of the Arno. In the “lame” the main species are ash, alder, poplar and the rare liana Periploca greca, which has in the Park its most important station in Italy.

Among the Mediterranean species the myrtle, the phillyrea, the alaterno, the cisto. The fauna is that of the whole territory of the Park: fallow deer, wild boars, foxes, badgers, squirrels, dormice, porcupines, marsh turtles, green woodpeckers and greater red woodpeckers, jays, bee-eaters and numerous songbirds such as orbets and whitethroats as well as numerous water birds in the wetlands bordering the forest.

In the area are experimenting with methods of resource management that respect natural processes and promote scientific research, environmental education and sustainable tourism.

Visit the Oasis: In the oasis, crossed by paths of the hiking network of the Park with the official CAI markers, there are paths with illustrative boards of flora and fauna, a large wooden gazebo, an observatory on the channel for the European marsh tortoise Emys orbicularis, another for the observation of water birds, and two small ponds inside of circular shape very suggestive.

Accessibility: by entering from Calambrone in Via dei Porcari, accompanied by WWF members. Guided tours by reservation only, according to a seasonal calendar. 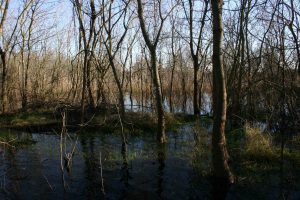 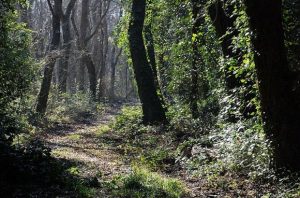 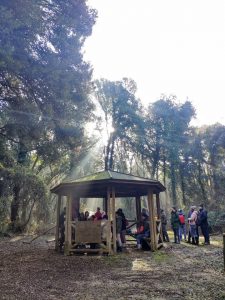