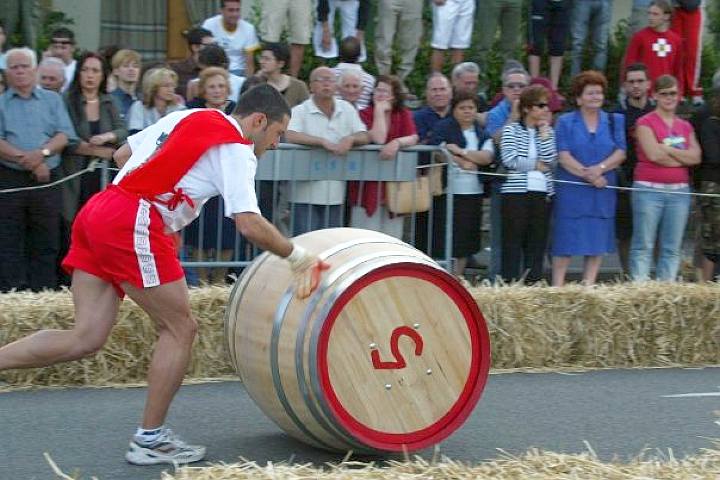 The event, born in 1998 and now in its 33rd edition, is inspired by work in the tanneries. It lasts one week and takes place between the last week of June and the first week of July in Ponte a Egola. The small town is famous for the tanning of leather that was once worked with tannin inside wooden barrels (called caratelli) that were then moved by hand to the tannery yards by rolling them over themselves.

This was the starting point for the Palio del Cuoio (Leather Race), which opens the programme of festivities with the parade of the Rioni (26th June), continues with evening activities and shows and concludes on Sunday (3rd July) with the Corsa dei Caratelli. The “caratello” used in the palio is an 80 kg barrel. The ‘caratellisti’ compete for victory in a relay race by pushing the heavy barrel over a 117-metre straight course to be repeated six times in Piazza Guido Rossa.