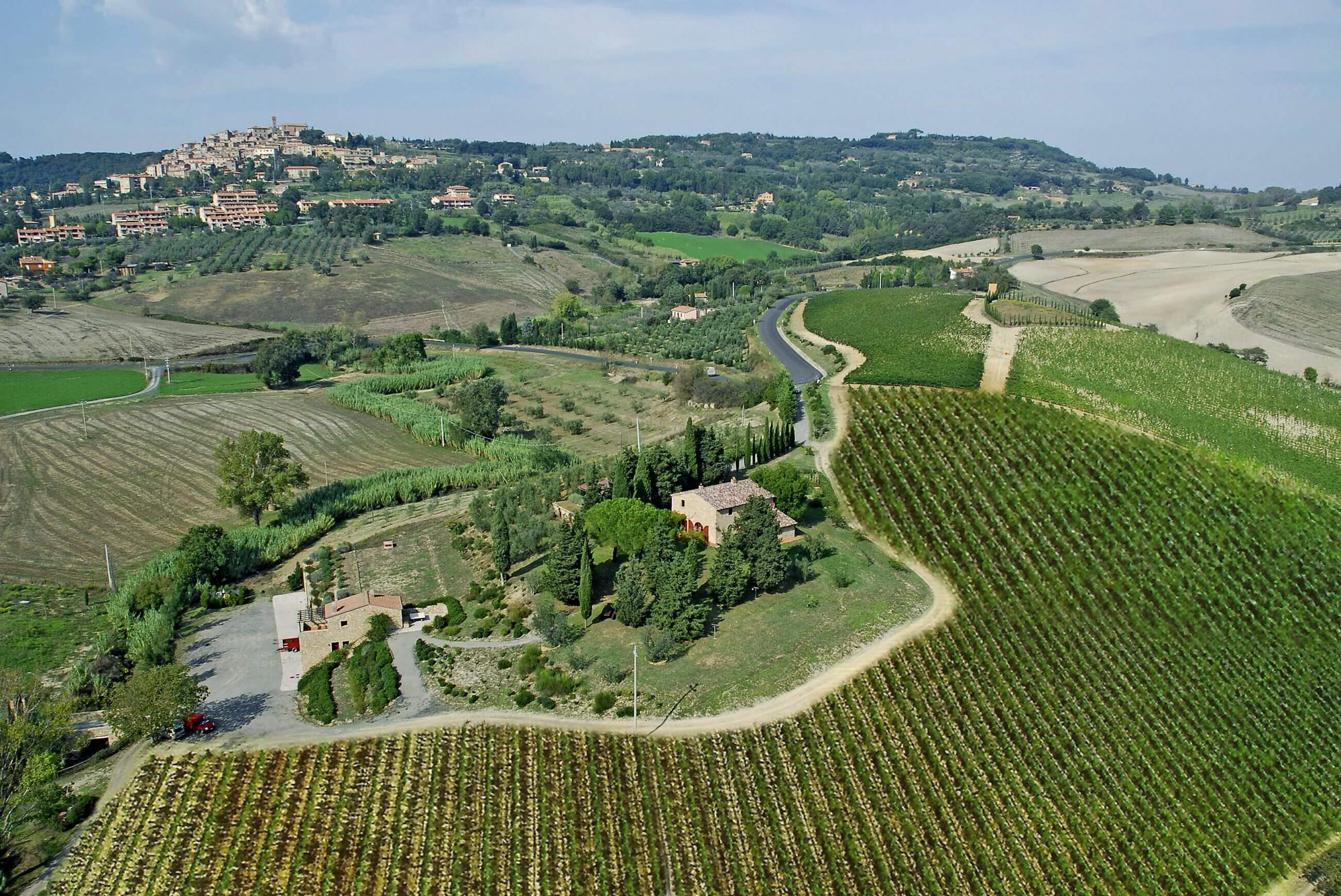 Pagani de Marchi is a small jewel closed to Casale M.mo, between Bibbona and Cecina. Built on Etruscan soil, it is renowned for the archaeological site that has re-emerged the tomb of an Etruscan prince and in his honor this farm produces a pure Sangiovese called "Principe Guerriero" (Warrior Prince). Sangiovese, Merlot and Cabernet are protagonist, together with Vermentino for the white, on this hill of just 6 hectares, once cultivated with arable crops and now the cradle of precious and well-kept vines. From 2016 began an experimentation of vinification in terracotta amphora without any coating, an idea born from to create a wine innovative and extreme, leaving it in maceration on the skins for a long time. The wine obtained, which stops in amphora for 12 months, keeps the fruit intact in its richness and extracts the maximum complexity of the aromas to give an even more intense Cabernet. Only 500 numbered bottles are produced, which stop for 12 months in bottles before being put on the market.