Ecotourism • Nature and outdoor tourism are the strengths of Vecchiano. The San Rossore Migliarino Massaciuccoli Park offers guided tours, nature holidays, environmental education proposals for schools, Nordic walking or birdwatching trails in spring and autumn, from the mouth of Serchio to Massaciuccoli Lake.

Tabucchi • Vecchiano is the birthplace of Antonio Tabucchi (1943-2012), considered among the greatest Italian and European writers of the 20th century, as well as the critic and translator of almost the entire work of Fernando Pessoa. The Municipality bought his house to create a cultural center.

Vecchiano is a reference to Venuleius, Roman Senator and Consul of Pisa in 123 BC, whose family owned these territories. The earliest records, dating to the 8th century, mention it as a vast hunting reserve stretching from Monte Pisano to the sea.

The town has no particular historical and artistic attractions than the Romanesque Church of Sant’Alessandro, with a massive bell tower, and the Olimpia Theater built in the early 20th century and whose interior is decorated in the Art Nouveau style.

The Church of Santa Maria in Castello, just outside the town, dominates the entire plain. Today it is a sanctuary. What remains of the ancient part of the castle is only some outer part of the walls. The remains of the nearby castle-fortress of Avane, are a choice destination for experienced climbers thanks to a popular rock wall.
In the direction of Lucca is the charming village of Filettole, with its characteristic Torre Mozza, a square tower. The village marks the border between the two cities, which were once rivals. In the early 1900s, a waterworks was built in this area, replacing the 16th-century Medici aqueduct.

Many churches, villas and ruins of castles or towers are scattered throughout the area. Like Villa Salviati, that served both for entertainment functions and as production centers for the farms’ agricultural work. Here, villages take on a characteristic shape closely linked to the countryside: they consist of low houses with gardens and vegetable patches, commonly known as “corti”.

The whole territory’s identity is closely connected to olive growing. Indeed, this is the beginning of the Monte Pisano Olive Oil Trail stretching as far as Buti. Another local product is the miele di spiaggia, a type of honey produced exclusively within the Regional Park. Its distinctive smell recalls the scent of the Mediterranean scrub, because of the “camuciolo” plant.

The beach and San Rossore Park

On the road from Vecchiano towards the sea, we absolutely recommend a stop at the beach of Marina di Vecchiano inside the Migliarino San Rossore Massaciuccoli Regional Park, which from the mouth of River Serchio reaches Viareggio. The area is a natural reserve of wild beauty, with a thick pine forest that is home to many species of birds. The beach stretches four km in length through sand dunes and the Mediterranean scrub, with endemic and rare plants which fill the air with their scent. 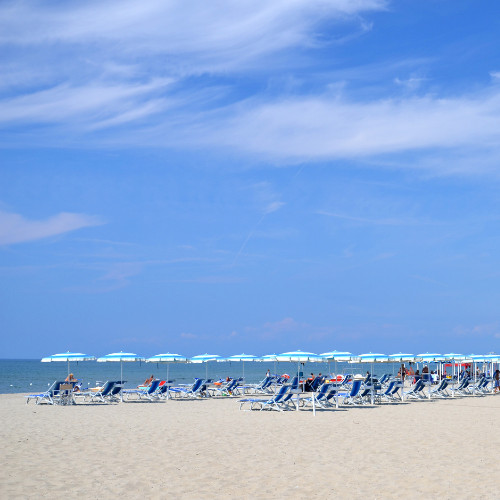 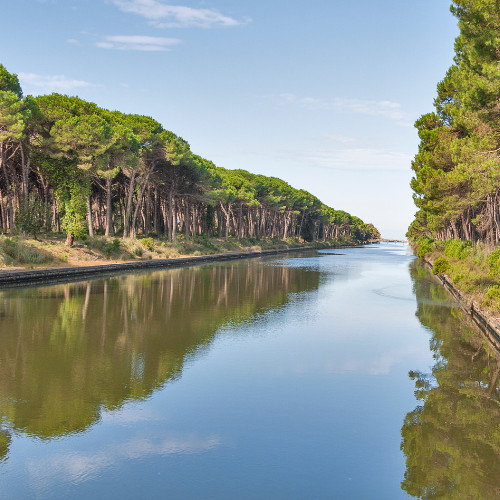 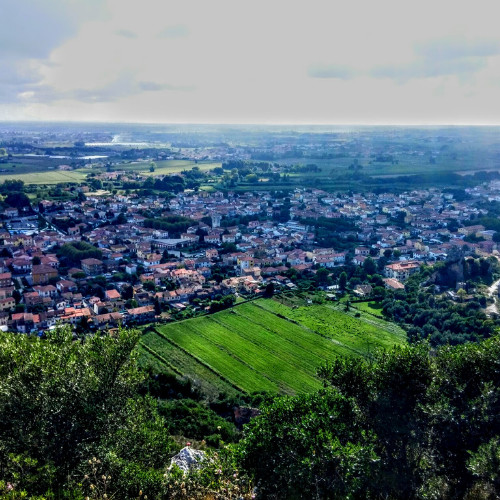