Buddha in collina •  Every year, Pomaia becomes a meeting point for practising Buddhists and oriental philosophies enthusiasts that attend the courses at the Lama Tzong Khapa Institute, one of the most esteemed in Europe, which offers meditation and oriental philosophy classes. Richard Gere and Roberto Baggio were guests of the Institute.

Santa Luce has become known in recent years for its wonderful lavender fields. This is a perfect destination to regenerate, among rolling hills, ancient traditions and “spiritual” places.

The town’s layout is that of the medieval period, retaining the circular Castle and walled hamlet structure with two or three surrounding walls. Even the churches date back to the Romanesque period: the oldest one is the Chiesa della Pieve, attested since the year 877.

Santa Luce is the land of alabaster, intended as the excavation of the stone. One of the three exhibition centers of the Alabaster Ecomuseum is located in the former Town Hall (the two others are in Castellina Marittima and Volterra), and displays work tools and alabaster artifacts. Along the Marmolaio stream, between Castellina and Santa Luce, lies the only still existent tunnel quarry of “Scaglione”, from which quarrymen extracted one of the best qualities of alabaster.

Inside the Santa Luce woods there are paths leading to the artificial lake, created in the 1960s as a water basin for the Solvay Chimica company. The Santa Luce Nature Reserve, with more than 180 recorded species, is an important area for migratory birds that find it an ideal place for a stop-over, as well as a paradise for birdwatching lovers. 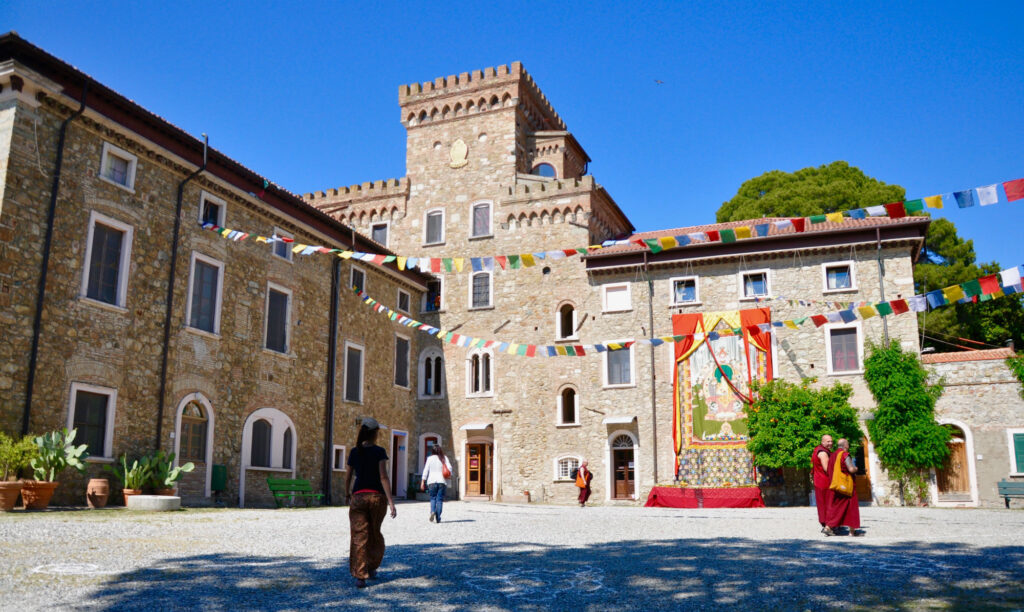 Particularly popular is the small neighbouring hamlet of Pomaia as a meeting point for practising Buddhists and oriental philosophies enthusiasts that attend the courses at the Lama Tzong Khapa Buddhist Institute, one of the most esteemed in Europe.

The area looks like a postcard of Tuscany, consisting of a succession of more or less gentle hills overlooked by centuries-old olive groves, rows of vines, cereal crops and colorful plants of lavender, a kind of “Provence in Tuscany”.

It is here that the Cooperativa Produttori Agricoli Pieve Santa Luce operates, the fulcrum around which the main agricultural activities of the district revolve, including pasta and extra virgin olive oil marked with the brand “Terra di Luce”.