Montescudaio Doc Wine • The DOC Montescudaio, the oldest in Tuscany, is a red wine based on Sangiovese while the white variety is based on Malvasia, Trebbiano, and Vermentino. In October the traditional Festival dedicated to the DOC wines takes place.

The most famous artist born in Montescudaio is the sculptor Italo Griselli, who donated the war memorial sculpted in 1924 to his native town.

Montescudaio has been included among the most beautiful villages in Italy. Its name derives from the Latin “Mons Scutorum”, that is “Monte degli Scudi”, to testify the important strategic role that the country has played over the centuries. 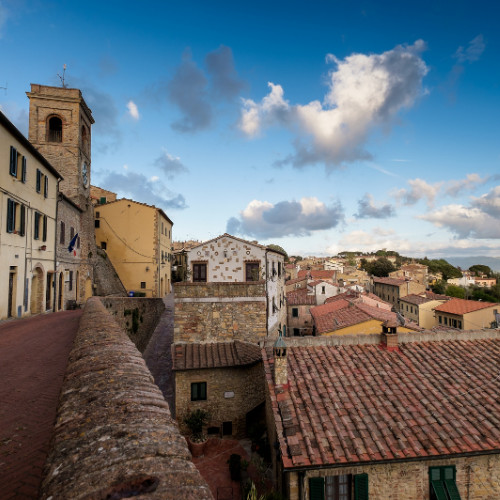 The village has ancient origins going back to the Villanovan civilization, as evidenced by archaeological finds in the area. The first document (1092) concerns the donation by Gherardo Della Gherardesca of the Church of Sant’Andrea to the Benedictine Monastery, next to the Civic Tower, once the gate to the castle.

The Republic of Pisa dominated Montescudaio and the area around for a long time, before it passed under Florence and the Marquis Ridolfi, who maintained control until the 18th century. Its medieval appearance was devastated by the earthquakes in 1846 and 1871.

Olive trees, vines, and Mediterranean scrub richly adorn these hills behind Cecina, from which you enjoy a splendid view of the sea, sipping Montescudaio DOC wine along with cured meats. Extra virgin olive oil, cold cuts, and “pane sciocco” (a type of wood oven baked bread) are the specialties of Montescudaio, which is a member of the “Città del Pane” Association.

Many are the excursions in the surroundings, such as that in the “Bosco degli Scornabecchi” Nature Reserve along the Pilgrim Road or to the “Steccaia”. An urban trail between old civic and religious buildings lead up to the Castle and the Civic Tower. 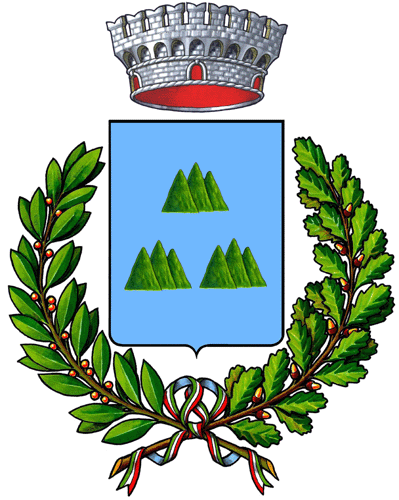