A 10th-century document from the archbishop Archive of Lucca reports that some rich Longobard lords founded a village of “capanne” (huts), the present-day Capannoli, because the settlements on the banks of the river Era had experienced frequent flooding. It was the noble Della Gherardesca family that brought the village greater importance building here a castle. In the 13th century it passed under Pisa, then under the Florentines and later to the Lorena family. In Santo Pietro Belvedere, a nearby hamlet, the urbanistic structure dating back to the Middle Ages is still visible.The territory is dotted with stately villas built by noble Tuscan families in this charming countryside.
In recent years the area has seen a significant population growth, due to the economic expansion of small handicraft and industrial activities

The requalification has touched also the tourism activity, with the opening of the complex of the Museums of Villa Baciocchi, including Zoological Museum, Archeological Museum and the Botanical Park.

The quiet and charming countryside is crossed by the Wine Route of the Pisan Hills as well as many walking or cycling routes, horseback trails. Along the Strada Provinciale della Fila, connecting Pontedera to Peccioli, you can find the Valdera Airfield, one  of the best-known airfields in Italy, home of the Pisa Aero Club, flight school of the best skydiving national teams. 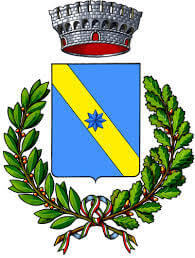 Archeological Museum
The museum has five rooms to allow visitors to immerse themselves in the history of the Valdera, from Prehistory to the Middle Ages; it holds numerous ancient tools found on site.
Zoological museum
Five rooms, on the ground floor of Villa Baciocchi. There are more than 400 specimens of stuffed animals on display.
Villa comunale
This is an 18th-century villa belonging first to the Della Gherardesca family and then to the Baciocchi marquesses, who made some changes to it. It is now owned by the municipality and houses the library, the multimedia room and the museums. It can also be used for parties and events.

Santo Pietro Belvedere
The tiny town of Santo Pietro Belvedere attracts tourists because of the beautiful views from the “Belvedere”. In addition, the historic centre has still kept the medieval urbanistic structure and shows the art installations of the permament exhibition “Equilibri in Natura”

Wine
The area is included in the “Wine Route of Pisan Hills“.
In this territory, producing wines since the Etruscans, high quality wines play a fundamental role in the protection of cultural heritage of traditional production methods and natural resources. In 2011, it was recognized the DOC Terre di Pisa in the two versions of “Terre di Pisa Red”, made from Sangiovese, Syrah, Cabernet Sauvignon and Merlot, and “Terre di Pisa Sangiovese” made from Sangiovese with a minimum of 95%.
Throughout the territory, IGT wines hold a wide variety of types, which depends on the particular farmers decisions reflect the connection with the territory, among which ere the most of the so-called Supertuscans, great structure and longevity wines, thanks to an accurate selection of varietal, careful vinification and aging in small barrels (barriques) or large (tonneaux).

Snails
Significant snail breeding has been developed recently, and the valuable food is used to produce sauces and condiments.

Valdera Airfield – flight school
One of the best-known airfields in Italy, home of the Pisa Aero Club. Located near the village of Capannoli, the airfield is an excellent gateway to one of the most beautiful areas of the Tuscan countryside. It has a grass surface runway about 2100ft long, with some hangars for aircraft shelter. The airfield is the training seat of the best skydiving national teams.