Pisa University Museums: easy for everyone 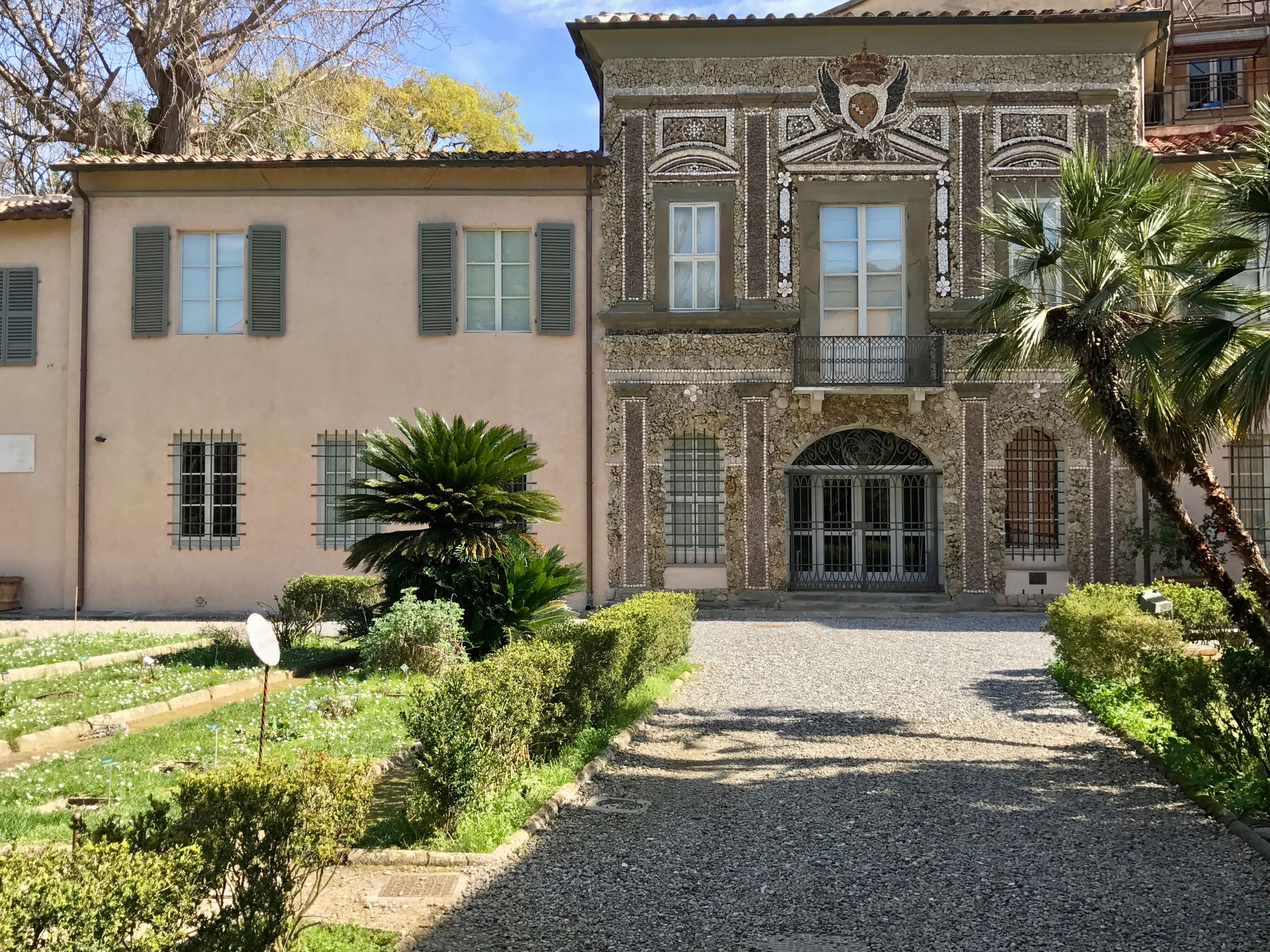 The University of Pisa, founded in 1343, has built over time an extraordinary museum heritage, that in 2012 was collected within the University Museum System.

Ten exhibition centers, nine in the city and one in Calci (the Museum of Natural History, next to the splendid Certosa) which allow you to admire the vast and varied historical, scientific and artistic heritage of the University of Pisa. And at the same time to discover a different, hidden, more authentic Pisa.

Some of the steps may not be of your specific interest, some may even be sick to your mind.
The itinerary is exhaustive of what the scholars of the prestigious Pisan university, in some cases authentic pioneers, have represented for the development of knowledge and methods of investigation in the various disciplines of modern scientific and cultural thought.

Departure from the Museum of Instruments of Calculation (where also that of the Physics Instruments is located) set up in the Galileian Citadel (formerly the area of the Old Slaughterhouses), a prestigious center for the history of automatic computing and information technology, which shows the stages of evolution of the calculation tools, like the Electronic Calculator of Pisa, among the first large computers built entirely in Italy (1961). Every year in spring the Museum hosts the interactive exhibition “Ludoteca Scientifica” with educational workshops.
The adjacent Museum of Physics includes scientific instruments from over four centuries, which include the inventions of the Pisan Antonio Pacinotti (inventor of the dynamo), such as the famous small machine, the first direct current motor dynamo.

Proceeding in the direction of Piazza dei Miracoli, the second stage concerns the Museum of Human Anatomy and that of Pathological Anatomy, both adjacent. Pisa was one of the first cities to have an Anatomical School, commissioned by Cosimo I of the Medici who built an Anatomical Theater and entrusted it to the one who would become the father of modern anatomy, Andrea Vesalio. Curiously, in addition to the anatomical preparations and models, the museum preserves an Egyptian mummy with a sarcophagus.
The Museum of Histological and Pathological Anatomy, currently under renovation, houses an important collection of human and pathological findings of great scientific value, some of which date back to the Grand Ducal era.
If the visit of these two museums is not for everyone, the next stage is.

We are in the Botanical Garden, indeed in the oldest university botanical garden in the world. Also in this case it was the Medici who carried it out by moving it from the headquarters of the Medici Arsenals (current seat of the Pisa Ship Museum). It houses plants from 5 continents: the succulents of African and American deserts; the aromatic plants of the Mediterranean maquis; the species of the Tuscan marshes; numerous old trees and a lot more. Inside the Garden is the Botanical Museum, with an eighteenth-century façade enriched with a whimsical pattern of shells and madrepores.
Two real “miracles” of the botanical world, a few steps away from the artistic “miracles” in Piazza del Duomo.

Just past the splendid Piazza dei Cavalieri, where the Scuola Normale Superiore is located, we come to the next stop: the Egyptological Collections. You may wonder what Pisa has to do with Egypt and the pharaohs? Simple, Ippolito Rosellini was born in Pisa, the “father of Italian Egyptology”, who together with the French Champollion led in 1828 the expedition to Egypt and Nubia, which later proved to be fundamental for the study of ancient Egypt. The Collections have been enriched in recent years by a series of interesting pieces, the result of various donations from private individuals, and are considered of great historical, archaeological and educational value.

After Egypt, the next stop takes us to the Classical age: the Gipsoteca of Ancient Art, set up in the former Church of San Paolo all’Orto behind the Teatro Verdi (drama, dance and opera season). The collection includes about one hundred pieces, including replicas of masterpieces of Greek statuary but also Etruscan and Roman. The particular location lends itself to the organization of events and workshops.

Another stop in an anatomical museum, this time for animals: the Anatomical Veterinary Museum houses exhibits and skeletons of animals for livestock production, especially the horse and hear … and the dromedaries from the Tenuta di San Rossore. Few know that since 1622 the Park has hosted dromedaries (popularly called camels) at the behest of the Grand Dukes who considered the mild climate of San Rossore suitable for this animal. The experiment succeeded, so much so that others were introduced from Africa to be exploited for agricultural work. The last specimen died in the sixties of the last century and its skeleton is currently exhibited at the Natural History Museum in Calci (about 10 km from Pisa).

Returning to the lungarni (the river banks), but on the opposite side, we arrive at the last stage of the itinerary: the Graphic Museum, housed inside Palazzo Lanfranchi. The Museum holds one of the most important public collections of contemporary graphics whose origin dates back to the Prints and Drawings Department of the University of Pisa, founded in 1957 by Carlo Ludovico Ragghianti. Offered by artists or donated by cultured collectors, such as the scientist Sebastiano Timpanaro or the art critic Giulio Carlo Argan, the engravings and drawings represent a precious and rare heritage, enriched by the granting in perpetual deposit by the National Calcography of a suitable number of engravings. The Museum is also home to temporary exhibitions that enrich the city’s cultural offer.