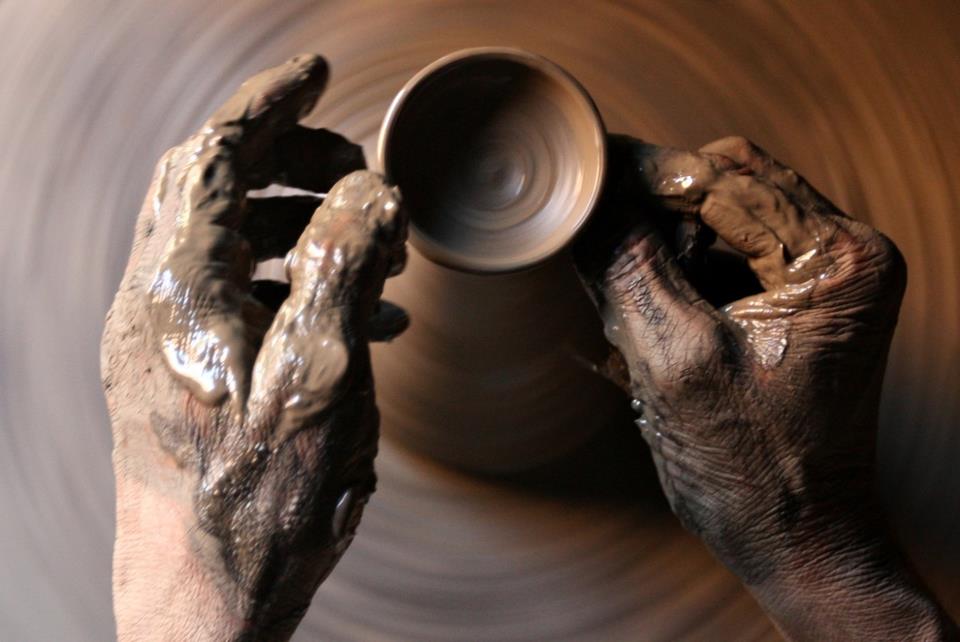 Tuscany is an environment linked by a thread that unites history, tradition and know-how. A thread that we can summarize in the idea of a Tuscan lifestyle, able to combine tradition and innovation.
This itinerary, dedicated to know-how, to craftsmanship but also to industrial production, wants to enhance not a single production or a single sector, but an entire territory that has developed over the centuries thanks to its multiple resources, also increasing the quality of the offer to tourists, that is not just art, history, food and wine or postcard landscapes. A permanent offer made of traditions, products, exhibition places andevents, that crosses the territory of the Lands of Pisa.

The itinerary begins at Monte Pisano, near San Giuliano Terme, a popular spa resort and holiday resort since the time of the Grand Dukes of Tuscany. Not far from the Romanesque parish church of San Marco (wedding location) there is the Radico Museum which, through the thematic exhibition of tools and work objects from past centuries, recalls and tells the peasant roots of the people that not only cultivated food but also social and scientific culture. The Museum is organized into thematic sections, associated with the dominant colors, and focuses precisely on the work necessary to produce food and to preserve the land that generates it.

Not far from Pugnano, inside the eighteenth-century Villa Roncioni, the vast collection of the Cerratelli Foundation is set up with about 30,000 historical costumes, a centenarian heritage of the homonymous Florentine tailor who dressed opera singers and great actresses. Costumes that have been around the world, the most prestigious theaters and the most important film productions. The collection can be visited by appointment.

An activity of the Pisan territory linked to Pisa Maritime Republic, but above all to two millennia of handicraft tradition, is that of ceramics. Tradition that, uninterruptedly, with more or less fortunate seasons, was rooted in some centers that, for historical reasons, had developed their own style and expressive identity. One of those is Calcinaia, where a ceramics museum was opened in the premises of an old ceramist workshop of the Coccapani family. There are artefacts that testify the history of local ceramics through the productions, the artisan environments, the recovered furnaces and the tools of the trade, without forgetting the historical-archaeological context of the area and the tradition of well-developed ceramics in the Pisan Valdarno since the Middle Ages up to the present day.

Still in the field of bricks, another historical reminder of the craft tradition is located near Pontedera. It is the Mattonai Museum of the former Hoffmann kiln (1872). Its rapid establishment was linked to the availability of this raw material, supplied by the deposits of clayey sands of the nearby rivers Arno and Era and worked since the Middle Ages. A historical fact: in 1840 La Rotta numbered fourteen kilns. The small museum offers guided tours by appointment, with a demonstration of the processing of bricks and the sale of terracotta “whistles and bells” made during the centuries-old festival that takes place every September

Pontedera is synonymous with Vespa. The Piaggio Museum preserves the historical memory of the great Genoese engineering company. It is located in the former tool shop, one of the oldest factory buildings in Pontedera, near the train station. The permanent exhibition, divided into the three collections Vespa, Piaggio and Gilera, includes over one hundred models of various types of vehicles, engines and mechanical parts, which have made the history of Italian and world transport. Bookshop and historical archive complete the offer of the museum managed by the Piaggio Foundation, which also hosts temporary exhibitions, musical and theatrical performances, conferences and seminars.

The next two places of know-how are of a completely different tenor.
For the first we move into the hills of Palaia, in the village of Montefoscoli (near also an esoteric and Masonic temple, for those who love mysteries).
The Museo della Civiltà Contadina is housed in a medieval house that belonged to the Vaccà Berlinghieri family (the same as the temple) which was later converted into a farm. The visit is a cognitive and emotional immersion in the world of rural civilization. The basements are used for the reconstruction of rural environments (oil mill, cellar, barn), while in the entrance are plows and other tools for working the fields, sharpening tools, shoeing animals. In July, the “Festival of Rural Life” takes place with an exhibition of ancient crafts, ancient and modern weapons and artisan products.

For the second we move to the Pisan Hills, precisely in the town of Usigliano. The Museum of agricultural activities housed in the rooms of the Vecchia Fattoria Castelli, is divided into various spaces: the entrance to the cellar with various tools and agricultural machinery (carts, threshing, harrows), the large cellar where various objects related to the processing of the wine, and the last room that houses tools and information sheets on olive processing. Curiously, there is a section dedicated to the “Farmer’s Nativity Scenes” which brings together nativity scenes from all over the world and especially from Tuscany.
Do not forget to stop in Lari for a walk in the village that will surprise you with its typical shops with quality craft products and a visit to the Castello dei Vicari, especially if you have children.

We move now to the Val di Cecina, in a landscape context characterized by the signs of the research and exploitation of natural resources, which have in geothermal energy, or rather in the “boraciferous dandelions”, the most known expression. Alongside the natural manifestations of fumaroles, there is an important testimony linked to the mining activity for the extraction of copper in the village of Montecatini Val di Cecina, dominated by the profile of the Belforti Tower. Just outside the town is the Caporciano mine, active since the Etruscan era. In the nineteenth century, thanks to the boom in copper mining, Montecatini became the largest copper mine in Europe, consisting of ten levels, from which various tunnels branched to reach 35 km. The activity ceased in the early twentieth century. Today it houses the Mining Museum, open to the public also with guided tours (in summer with candlelight dinner). To combine with a visit to the Documentation Center at Palazzo Pretorio

The itinerary ends in the Devil’s Valley, in Larderello, in a cult place of human know-how: the ENEL Museum of Geothermal Energy, set up on the ground floor of Palazzo De Larderel. The museum, named after François de Larderel, a French engineer who promoted the industrial exploitation of boric acid shower heads in the area in the nineteenth century, illustrates the history of geothermal energy and the various phases of the activity through models, slides, videos and original equipment. The visit includes, upon reservation, the experience of seeing a shower head in action and the entrance to a geothermal power plant
.
Not just geothermal, though. We recommend a last effort to move to the small but very pretty medieval village of Montecastelli Pisano where the small Museum of rural culture is located, born thanks to the inhabitants who donated the exhibits. All restored and cataloged, they testify to the life of farmers and artisans in the country, sometimes in very difficult economic and environmental conditions.

A link to this itinerary is the alabaster itinerary  through the stages of the Ecomuseum that find reference in three thematic museum points, those of Santa Luce, Castellina Marittima and Volterra