Alabaster: the stone of light 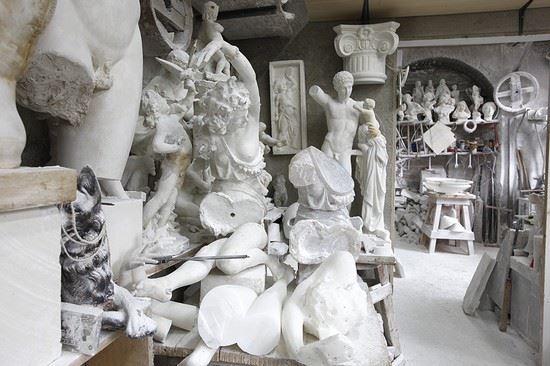 The memory of the ancient tradition of alabaster is today preserved in the three headquarters of the Ecomuseum of alabaster, located between Castellina Marittima, Santa Luce and Volterra. Visiting the Ecomuseum means fully understanding how this translucent stone has profoundly influenced the economy and consequently the life of entire communities. Castellina Marittima represents the phase of the excavation, Santa Luce that of the archive of documents, Volterra the one linked to the processing and commercialization.

What is alabaster: alabaster is a rock of chalky origin that originated from the sedimentation of large amounts of calcium sulphate present in marine waters about 60 million years ago in areas devastated by volcanic and tectonic phenomena. The Etruscans were able, from the eighth century BC, to take advantage of the beauty of this very clear stone. Together with the Egyptians, they were the first to understand that alabaster could give rise to refined decorations, in their case aimed at adorning funerary monuments. The work of alabaster was interrupted for centuries until the mid-sixteenth century, when the Volterra artists began to produce religious objects for the churches in the city, drawing from the alabaster caves of Castellina Marittima. At the end of the eighteenth century the alabaster work received a decisive boost: more laboratories and traders, after long journeys abroad, obtained important commisions and they involved all the artisans of the country. Today, alabaster craftsmanship is still an important production reality for Volterra, although seriously compromised by the economic crisis.

First stop Santa Luce: the museum, housed in the former municipal building, is an archive of the area that contains the documentation relating to the excavation in the alabaster quarries. To recover this stone real underground tunnels were built, dug with sometimes dangerous explosions, but which guaranteed the extraction of almost perfect eggs to be used for processing.
For nature lovers or birdwatchers we suggest a visit to the LIPU Nature Reserve, an ideal place for families with children.

Second stop Castellina Marittima: The central museum in the former Palazzo Opera “Massimino Carrai” proposes an excavation itinerary. In the valley of the Marmolaio torrent there is the quarry of the Massetto, the only quarry still existing of “Scaglione” (one of the best qualities of alabaster), brought up to standard and used for excavations or for sightseeing.
Castellina Marittima is also a place for beautiful excursions on foot or by bicycle, far from the traffic of the nearby Costa degli Etruschi.

Last stop Volterra: the headquarters of the Ecomuseum of the Alabaster is set up in the medieval tower-house Minucci (the same of the Pinacoteca). It is a very particular “museum of commercial archeology” that from the Etruscans leads to our times, with its specific problems: from the finding of the stone to the styles of the sculptors, up to the rich merchant travelers who in the nineteenth century spread the knowledge of alabater throughout the world, producing a financial benefit to the city and the territory.
An example is the current Palazzo Viti, built at the end of the sixteenth century by the noble Volterran Attilio Incontri. The Palace was purchased in 1850 by the Viti family, who still owns it, thanks to the enormous economic fortune of the alabaster merchant Giuseppe Viti. The palace, whose 14 rooms are open to the public, was chosen as the set of Luchino Visconti’s movie “Vaghe Stelle dell’Orsa” with Claudia Cardinale and Jean Sorel (1964), winner of the Golden Lion at the Venice Film Festival

The itinerary ends at the Guarnacci Etruscan Museum. The main nucleus consists of about 600 small Etruscan funerary urns, destined to collect the ashes of the dead. The most significant urns are in alabaster, an easy material to shape and to be painted.

All that remains is to take home a memory of the “stone of light” from the craft shops scattered in the historic center of Volterra. Look for the ones where you can still breathe an atmosphere that takes you back to the past, witnessing live the creation of some object or sculpture.