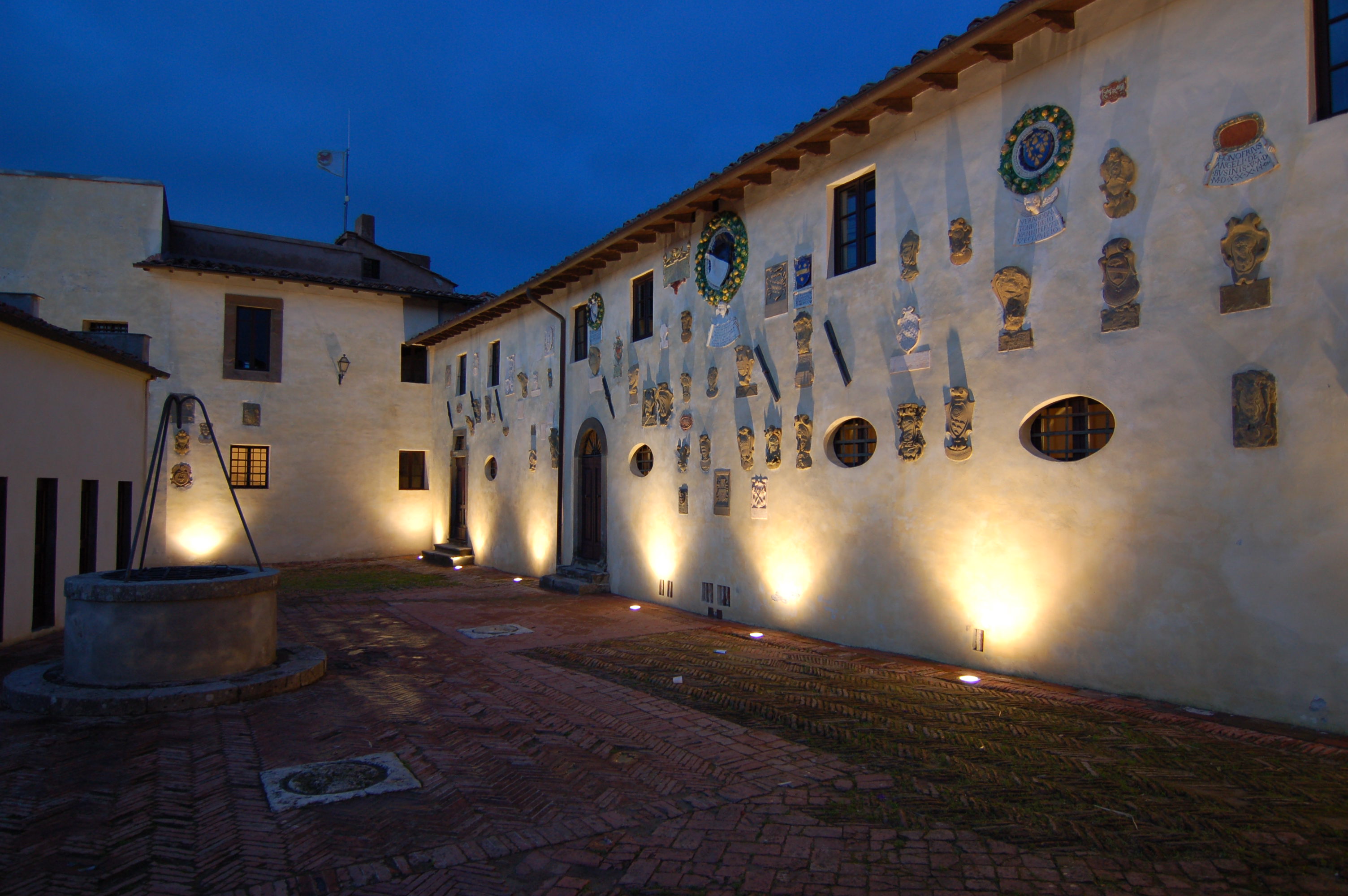 The Castle of Lari is easily identified by its unmistakable circular plan and two rings of walls, at the centre of which, on a massive base of rock, stands the remains of the ancient construction. The first nucleus of the castle probably dates back to the early Middle Ages, but the structure visible nowadays is from the first half of the 17th century. We reach the fortress by a flight of 95 steps and around halfway we find a cistern built in 1448 and marked by the crests of the vicegerents of Lari, the Pitti and the Scali. At the centre of the fortification, which is equipped with extremely high and resilient brick walls, is a large square and the Palazzo Pretorio, with a facade again covered with the coats-of-arms of Lari’s various governors. The courtyard also contains a chapel.

The complex was used as a prison until the Second World War, during which it suffered heavy damage from both German and Allied bombardments. 1991 saw the beginning of a programme of historical curation, and now you can visit the castle thanks to the volunteers at the ‘Il Castello’ Cultural Association, supported by the local council.