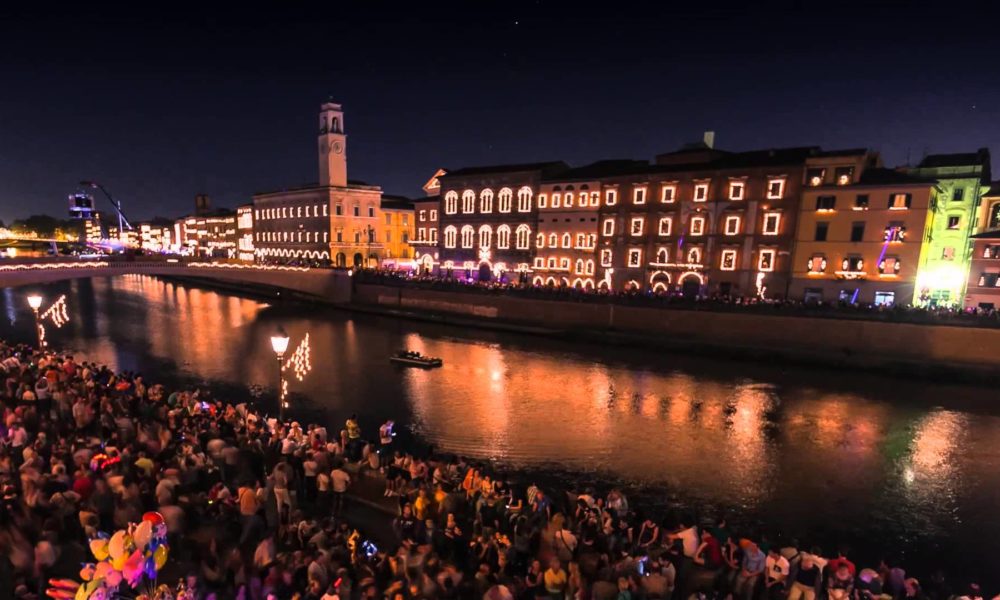 The “Luminara di San Ranieri” takes place each year in Pisa on the evening of June 16th, the eve of Saint Rainerius, patron saint of the city. Every year about 100,000 candles are placed on wooden frames (called “biancheria”, linens) which recall the architectural forms of churches, palaces, and towers along the River Arno, while many floating candles are placed on the river waters. The evening ends with fireworks fired from the Citadel Tower and from some floating platforms on the river. The tradition of the “Luminara” dates back to March 25th, 1688, when the urn with the body of Ranieri degli Scaccieri, patron saint of the city who died in 1161 was solemnly placed in the chapel of the Cathedral of Pisa. The transfer of the urn was the occasion for a memorable town festival, from which, according to tradition, the triennial “lighting” began, which then took the name of “Luminara” in the 19th century.