‘Hello World! Information technology from the arrhythmometer to the smartphone’.
Inaugurated during Internet Festival, the Hello World! From the arithmometer to the smartphone, curated by the Museum of Calculation Instruments (many of the machines on display belong to his collection) in the Benedictine vault.
The exhibition is part of the Informatica 50 celebrations, for the fiftieth anniversary of the
establishment, in Pisa, of the first Italian degree course in Computer Science, a continuation of a story that began in the 1950s.

It was in that pioneering period that the first Italian scientific calculator and one of the first in Europe, CEP (Calchronic Electronic Calculator) was designed by the University of Pisa, thanks also to the
synergy with the Olivetti Electronic Research LaboratoryThe exhibition, which takes its name from the first programming exercise (print Hello World!), it illustrates the evolution of calculation tools, from the first mechanical machines, to Apple and smartphone models, a fascinating journey through time that goes from the second half of the ‘800 until the early 2000s. The immersive experience is further amplified by the presence of interactive panels, 360-degree virtual reality videos, projections and interactions with some calculation tools 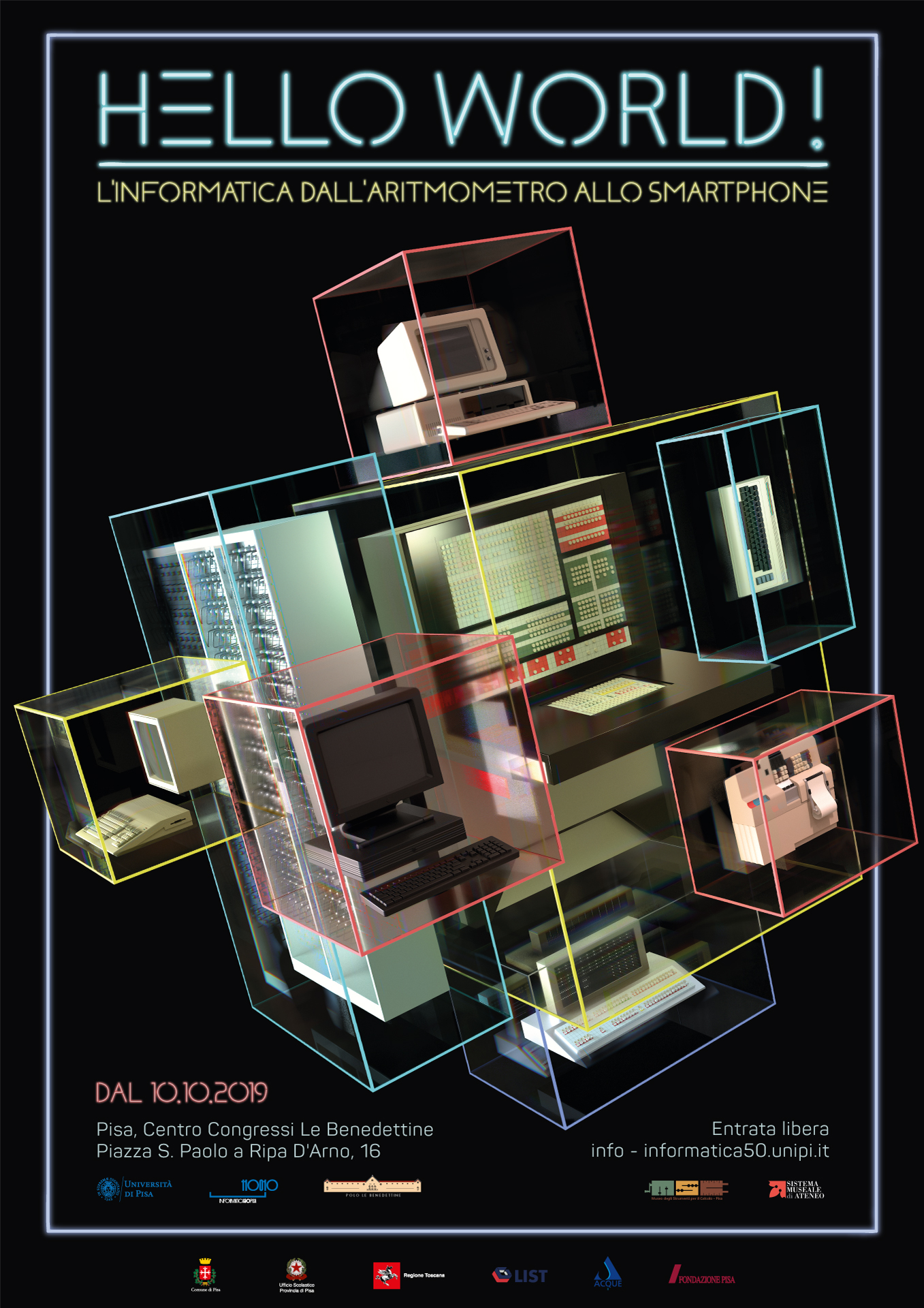