Feast of Saint Ermolao, the feast of Calci 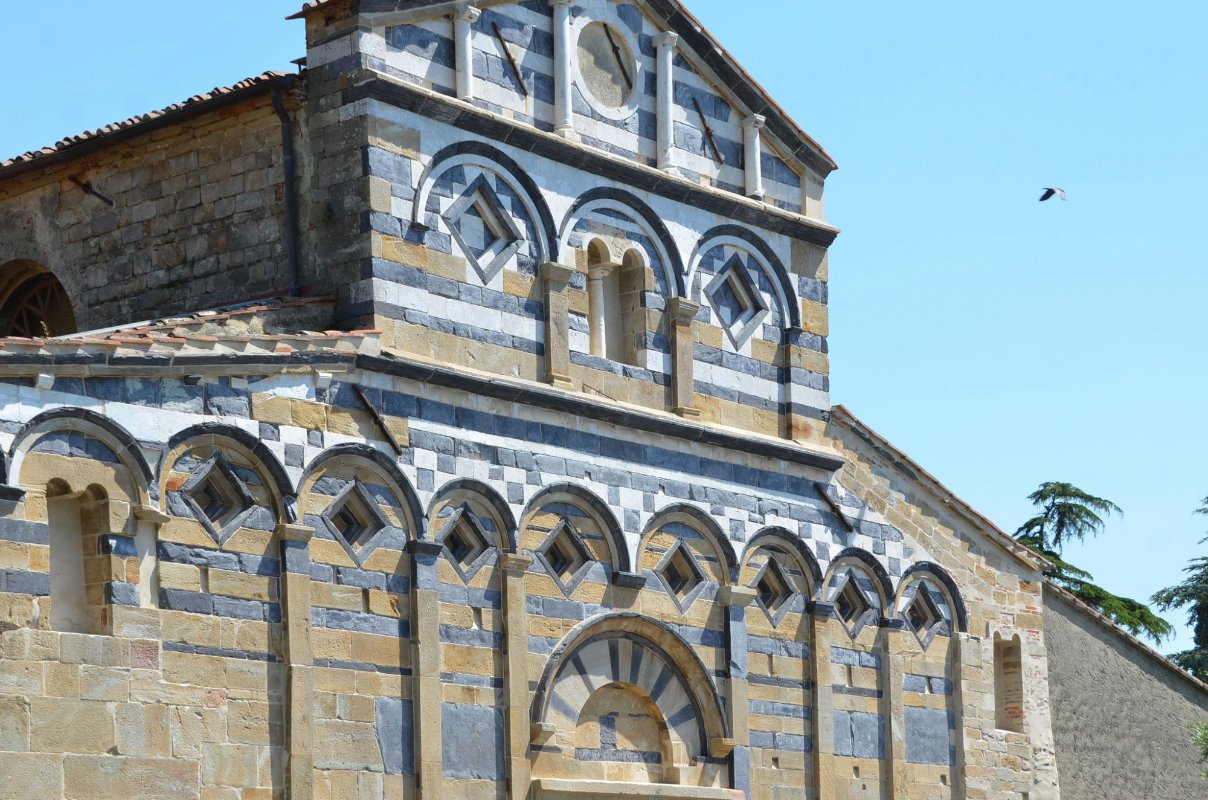 It is the historic feast of the village of Calci, at the foot of the Pisa Mount: concerts, little market (the so called “Fierino”), art exhibition, entertainments for children and adults in the first week of August.

The parish church in Calci is devoted to the saint and dates back to the 11th century, when building began at the order of archbishop Daiberto and was completed by Countess Matilde of Tuscany. Its facade is in the Pisan Romanesque style, divided by two rows of blind arches with geometrical properties typical of Pisan architecture. A bell tower, incomplete construction of brick and stone, rises on the left.  The main altar, made from Carrara marble, is highly interesting, but so is the 18th-century oil-painted altarpiece that depicts the Madonna and Child between the saints Ermolao and Francesco, and the baptismal font with four basins, sculpted from a single block of marble and decorated with reliefs by the school of Biduino in the 12th century. 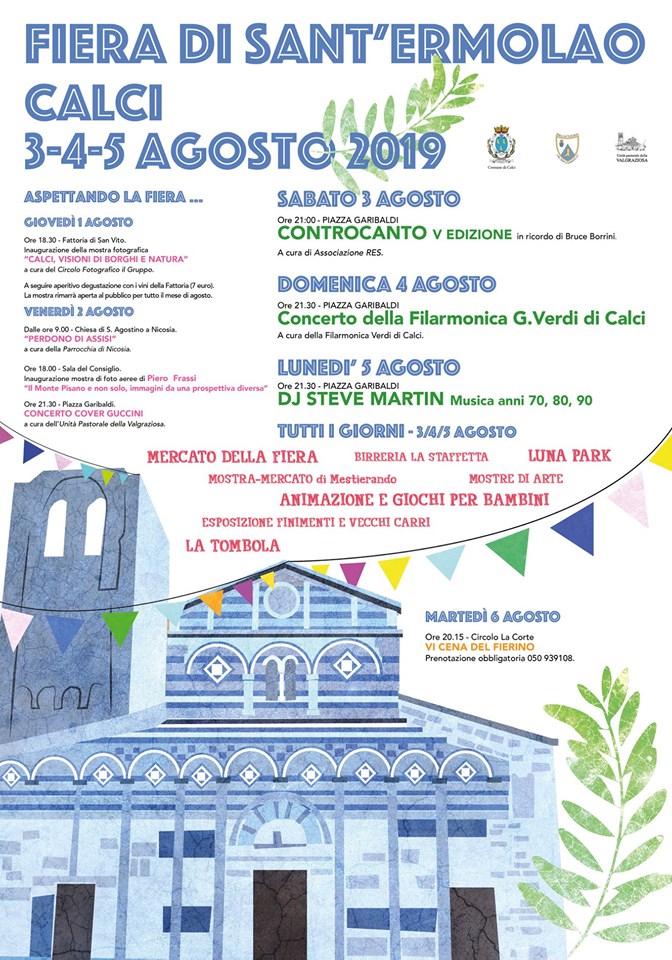