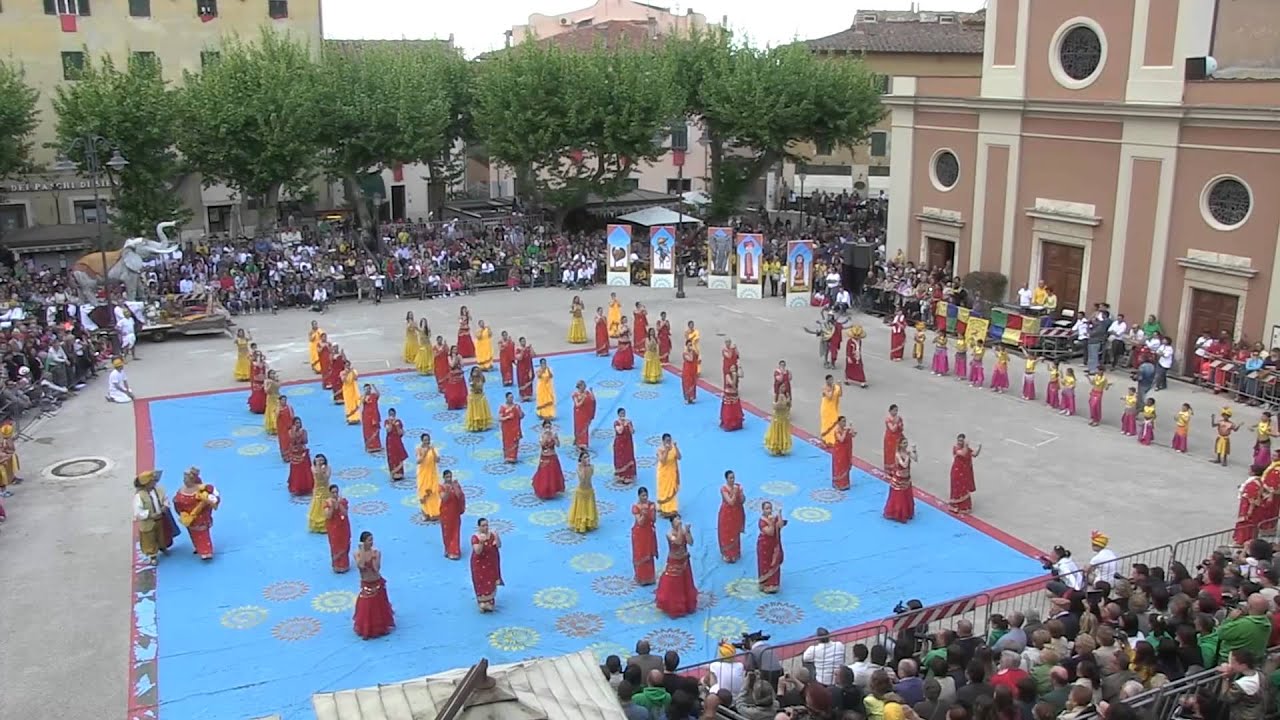 Casciana Terme celebrates every year on 3rd May the holy crucifix in the Church of San Martino with a religious mass and a popular game among the four districts into which yje small town is divided.
Each district is distinguished by a colour: Casina (blu), Gorina (green), Centro (red), Pietraia (yellow) The palio includes some popular traditional games such as the tug of war, sack race and so on.
Sunday in the afternoon, the awaited pageant parade among the four districts.