Events in the Museum System of San Miniato 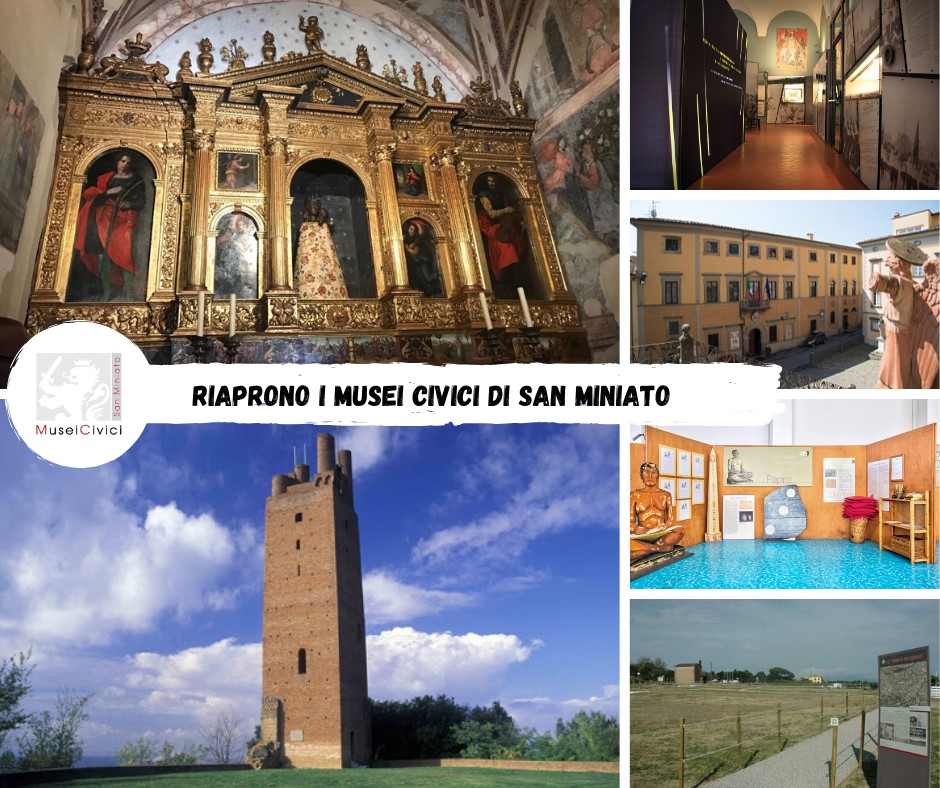 The town government has set up a system of museums involving different locations mostly in the old town. Events, exhibitions and meetings take place every month in the venues.

The first is the Diocesan Museum of Sacred Art, established in 1966. The second is the Loretino Oratory. The third is on the first floor of Palazzo Roffia, along the street leading from Piazza del Seminario to the town centre. The fourth is the growing nucleus of Archaeological Museum, located inside Town Hall, which houses the Etruscan and Roman remains of San Miniato. The fifth area, farther from the centre is the Santa Chiara Conservatory, which used to house the poor Clares. The sixth is inside Palazzo Migliorati, in the premises of the Academy of th Euteleti, which arose in 1822 out of the Academy of the Rinati. The latter was established in 1748 in order to renew the first Academy of Sciences and Letters born in San Miniato in the 17th Century, the Academy of the Affidati. The seventh centre is Via Angelica, another subterranean area of Dominican church, opposite the side of the Archaeological Museum. The eight place, finally is the Rocca Federiciana fortrees, which completes this virtual itinerary. It does not house any works of art, but from the top you can see the special layout of the town, drawn over the hill tops and the whole central plain of the Arno.