Ceremony of the Captains Investiture, Historic Palio of Pomarance

At Pomarance the historic Palio delle Contrade begins a week before with the ceremony of investiture of the captains of the four historic districts  called Centro, Gelso, Marzocco and Paese Novo. The four Captains meet themselves, followed by their respective retinues, to present the Palio, or Cencio as it is called in these parts, which is the coveted prize that will be awarded to the winning district. There is a different Palio every year, made by a local artist.

The ceremony starts on Sunday 1st September at 4.30 pm in Piazza S.Anna.

The Palio of Pomarance is not a horse race or a tug of war: the four contradas will face themselves through a contest of theatre performances in the big square. 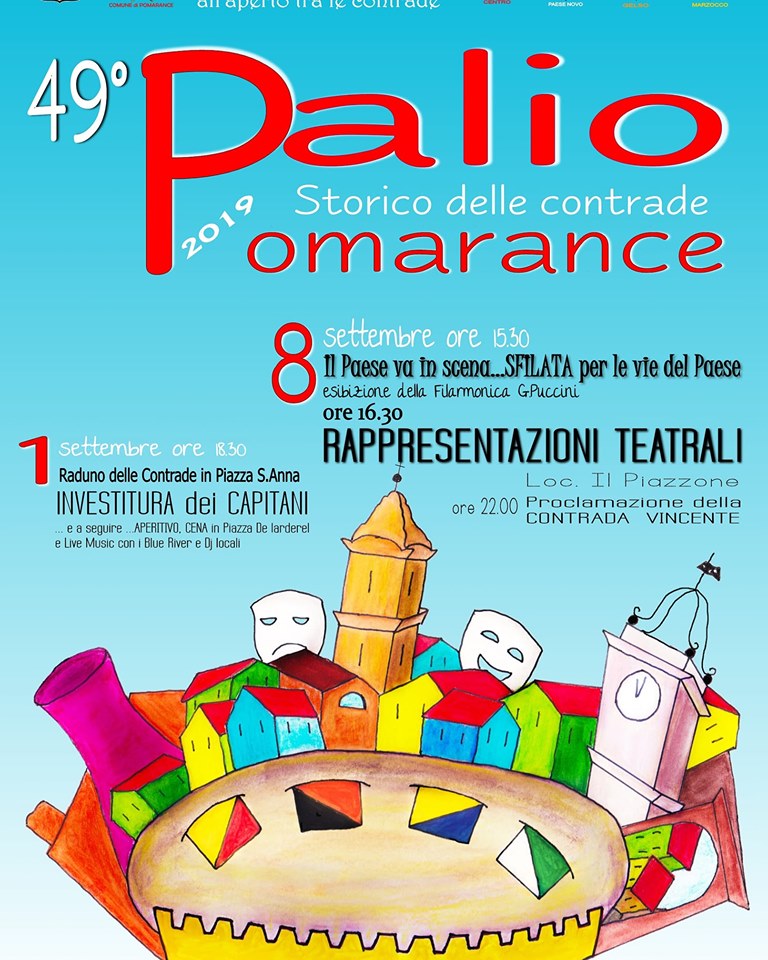