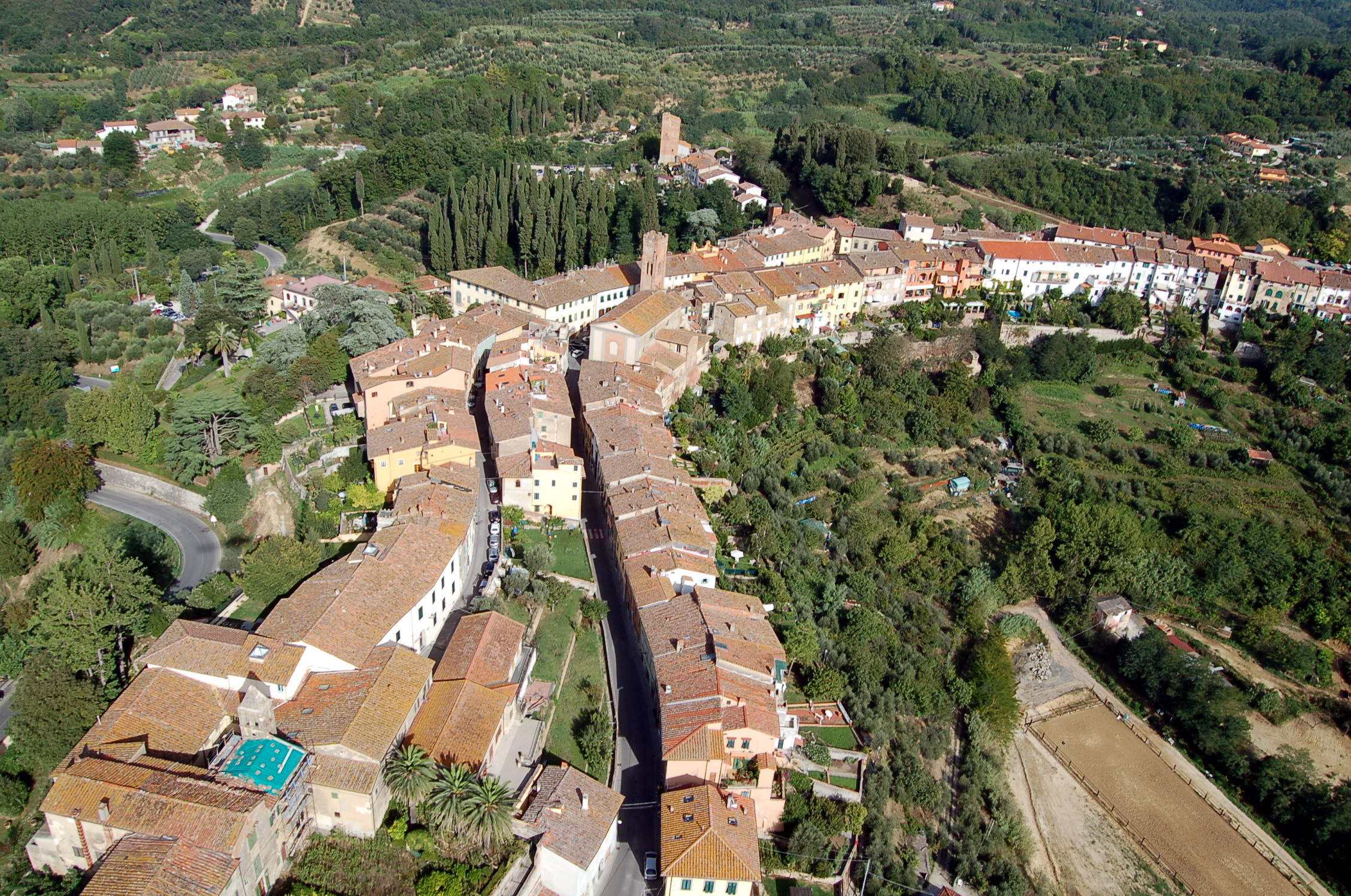 The ancient and powerful town of Montopoli in Val d’Arno, disputed for a long period during the endless feud between Lucca, Pisa and Florence, is today a charming Medieval town, with a main corso road running across it, as was often the case in castle towns. Giovanni Boccaccio himself defined Montopoli as the castello insigne, the famous castle.

The idea came from a document of 1412, in which Podestà Jacopo degli Albizzi, scion of one of the most powerful Florentine families, for administrative and political reasons established that Montopoli should be divided into two peoples: Santo Stefano and San Giovanni. The important decision was sanctioned by a Bow and Arrow Challenge among the best archers of the two factions.
The memory of this important event in local history was identified fifty years ago, and from that moment, every year, in September, Montopoli goes back to being a “medieval” town: people dress in medieval clothes, acrobats perform along the old streets and crossroads, knights check that everything goes smoothly, artisans and food vendors, with their rustic stalls, try to attract the people’s attention. Everything seems to go back to the Middle Ages. It’s time for the “Disfida con l’Arco” The challenge is about to begin, with a prologue by a group of actors that represent the two factions with flag throwers doing their choreographies. The archers are in position, five for each faction. The first arrow is let fly.

Who will win this year?