The Cathedral was built around 1120 on a pre-existing church dedicated to Santa Maria destroyed by a violent earthquake. The façade in Pisa Romanesque style dates back to the 13th century, when the church was enlarged and adorned probably by Nicola Pisano who worked on the nearby Baptistery.

The interior has a Latin cross plan with three naves divided by 22 granite columns and walls painted in black and white stripes. In the left aisle is the pulpit, rebuilt using original 12th-century elements, while a chapel houses the wooden group of the Deposition, masterpiece of Romanesque sculpture (1228).

The Cathedral has a late Renaissance look due to the continuous renovations over the centuries, such as the grandiose coffered ceiling with decorative geometric elements.

At the centre of the nave are busts of the saints from the Volterra church: Ugo, Giusto, San Lino (a Pope), Clemente and the Saints Attinia and Greciniana. 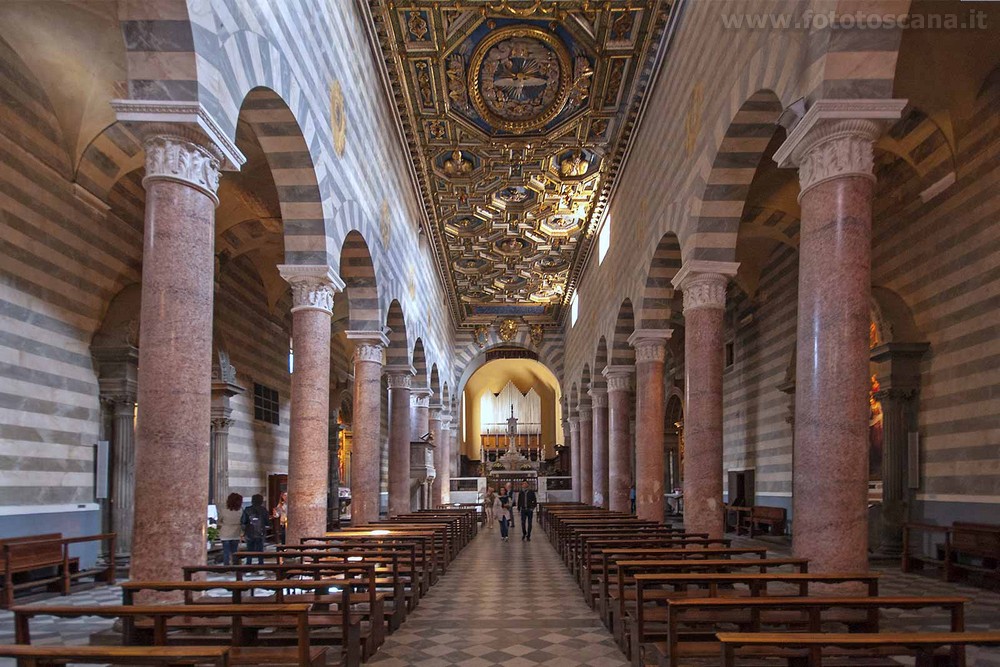