Santa Luce is home to one of the three centres of the Alabaster Eco-museum, which also involves  Castellina Marittima and Volterra.

If Volterra, since Etruscan times, worked the stone to be transformed by craftsmen into urns, pottery and other decorative objects, Castellina Marittima developed the mining activity, while Santa Luce preserved an archive on the excavation.

The Santa Luce museum, in the former Town Hall, contains documents on alabaster quarrying, when underground tunnels were built, excavated with sometimes dangerous explosions that guaranteed the extraction of almost perfect ovules to be carried to Volterra.

Along the Marmolaio torrent, between Castellina Marittima and Santa Luce, there is the only existing quarry (called ‘venella’) of ‘Scaglione’, considered one of the best qualities of alabaster. 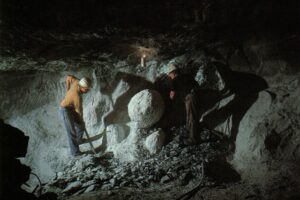 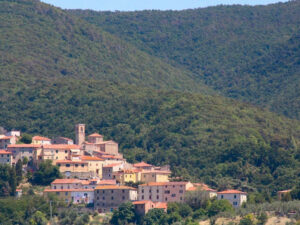