The Accademia degli Euteleti, the oldest scientific-cultural institution in San Miniato, was founded in the 17th century under the name of Accademia degli Affidati on the initiative of the local Bishop. The Academy was reformed in 1748 by members of the Buonaparte family. The name “Euteleti” is a Greek word meaning ‘men of good will who pursue a good end. Its purpose is the development not only of literary heritage and scientific knowledge. The collection, housed at Palazzo Migliorati, displays archival documents, antique prints, and contemporary graphic works by the local artist Dilvo Lotti.

Furthermore, it shows the Funerary Mask by Napoleon Bonaparte, whose family has boasted origins from San Miniato. In 1796, after the siege of Livorno, Napoleon went to San Miniato to visit his elderly uncle, the canon Filippo Buonaparte. Local sources also reveal that the young Napoleon and his father visited San Miniato in 1778, when the future emperor came to Tuscany in search of documentation attesting to the noble origins of his family, necessary for his admission into the prestigious military college of Brienne.

The residence of the Bonaparte family in San Miniato was Palazzo Formichini, today seat of the local Cassa di Risparmio. The palazzo was built in the 16th century for Vittorio di Battista Buonaparte by the florentine architect Filippo di Baccio d’Agnolo, son of the famous Florentine artist. The branches of the Bonaparte family in San Miniato were extinguished with the death of the canon Filippo in 1799. 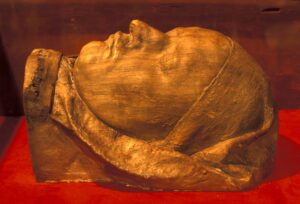 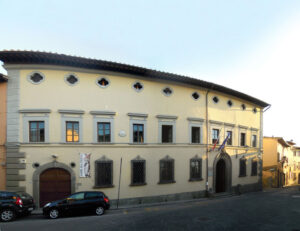 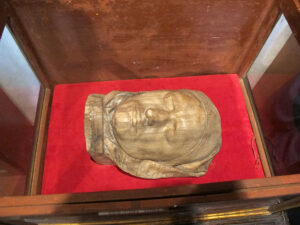 Opening times
Saturday and Sunday 4.00-7.00 pm
Other days only on reservation