The Museum of Human Anatomy is located in the School of Medicine, just near Piazza dei Miracoli, and to date it houses about 3,400 items, including not only anatomical preparations and models, but also archeological collections. In particular, the anatomical section exhibits osteologic, splanchnologic and angiologic preparations. The anatomical statues are noteworthy, as special angiologic preparations showing the structures of the cardiovascular system. The archeological section includes Peruvian and Egyptian mummies, pre-Columbian vases, belonging to different pre-Inca cultures, and funerary objects. Other important finds, of great historical and artistic value, are the anatomical plates by the anatomist Paolo Mascagni (1755-1815). This set of collections, which appears heterogeneous, is the legacy of 18th-century Wunderkammern, where everything that could surprise scholars and collectors of that time was gathered and proudly exposed.

The University of Pisa was officially established in 1343. An important revolution in the anatomical studies occurred with Andreas Vesalius (1514-1564) and the publication of his De Humani corporis fabrica; in 1544 he was invited by Cosimo I in Pisa to give anatomical lectures. Cosimo I also built the first anatomical theatre. After Vesalius many others important anatomists, such as Realdo Colombo (1545-1548), Gabriello Falloppia (1548-1551), Lorenzo Bellini (1668-1703), Paolo Mascagni (in 1801), Filippo Civinini (1835-1842) and Filippo Pacini (1844-1846), taught Human Anatomy in Pisa. This long academic tradition gave strong bases to the creation of an Anatomical Museum in Pisa. Hence, in 1829 Tommaso Biancini organized the Gabinetto Anatomico. His successor, Filippo Civinini, to whom the museum is entitled, continued increasing anatomical collections and a few years before the first Conference of Italian Scientists – held in Pisa in 1839 – he inaugurated the museum. 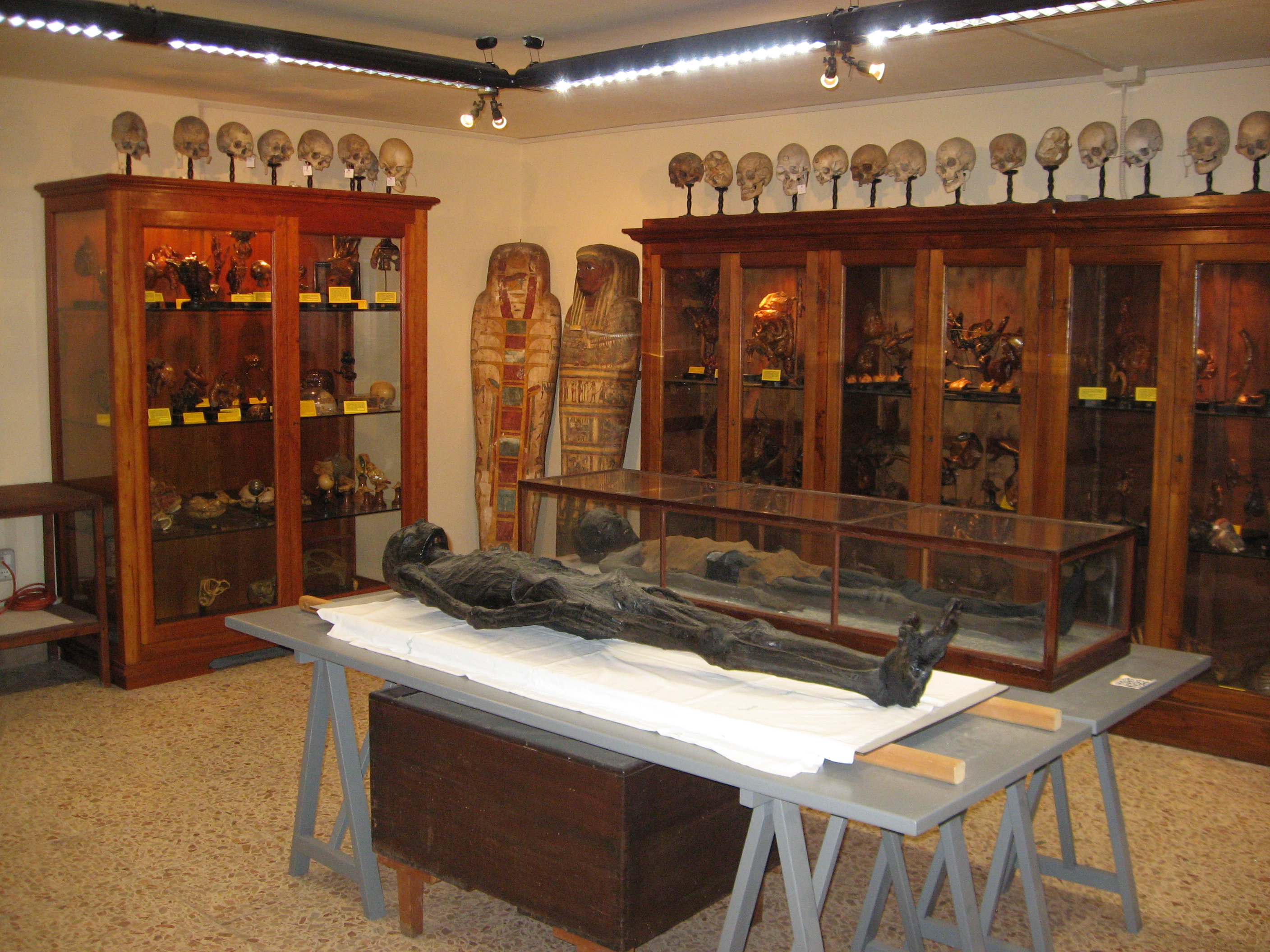