Santa Luce has been a land of pasta for half a century. Over time Crespina Lorenzana, Castellina Marittima, Fauglia and Casciana Terme Lari, have joined the production area, the whole territory enclosed between the Valdera, to the north, and the Val di Cecina to the south.

The hills around Santa Luce are scattered by wheat fields, from which the local producers and members of the Cooperativa Produttori Agricoli Pieve Santa Luce get the durum wheat flour (semola). Traditional procedures such as the “pasta drawn in bronze” (trafilatura al bronzo) and the “low temperature drying” make spaghetti, penne or pappardelle particularly tasteful.

This is confirmed by taking part in “Pasta Nostram“, the festival that every September showcases the products of the summer. The festival programme includes visits to farms, equestrian performances, children’s shows, and tastings of other local specialities such as oil, wine, cheese and salami. 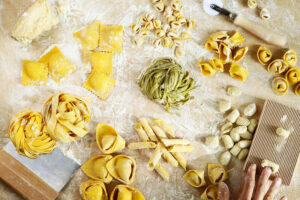 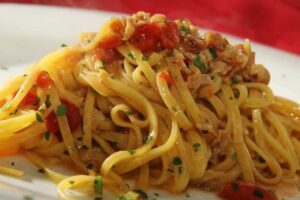 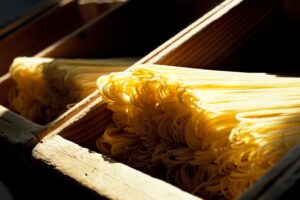