Keith Haring left the last trace of his art in Pisa in 1989: 180 square meters of the “Tuttomondo mural” on the back wall of the convent of the friars “Servi di Maria” of the Church of S. Antonio.

The theme through the 30 figure puzzle is one of harmony and peace in the world. Each character represents a different aspect of the world at peace: the “humanized” scissors are the image of the concrete collaboration between men to defeat the snake, that is evil, which is eating the head of the figure next to it, while the woman holding the child refers to the idea of motherhood.

Haring’s Pisan mural, located in an urban center, is the only one designed as a permanent work to which the artist assigns a title. This is strange for him, who used to realize his works in metropolitan suburbs and in just one day, while in Pisa it took him a week.

Tuttomondo was actually supposed to be born in Florence, but the solution did not convince Haring because he would have been allowed only a few facades of peripheral buildings, while he wanted to be at the center of the people, to realize a live performance able to reconnect to the Italian artistic tradition of the fresco.

The Municipality of Pisa found the location in the back wall of the Convent of the Friars Servants of Mary, behind the church of Sant’Antonio in the city center. 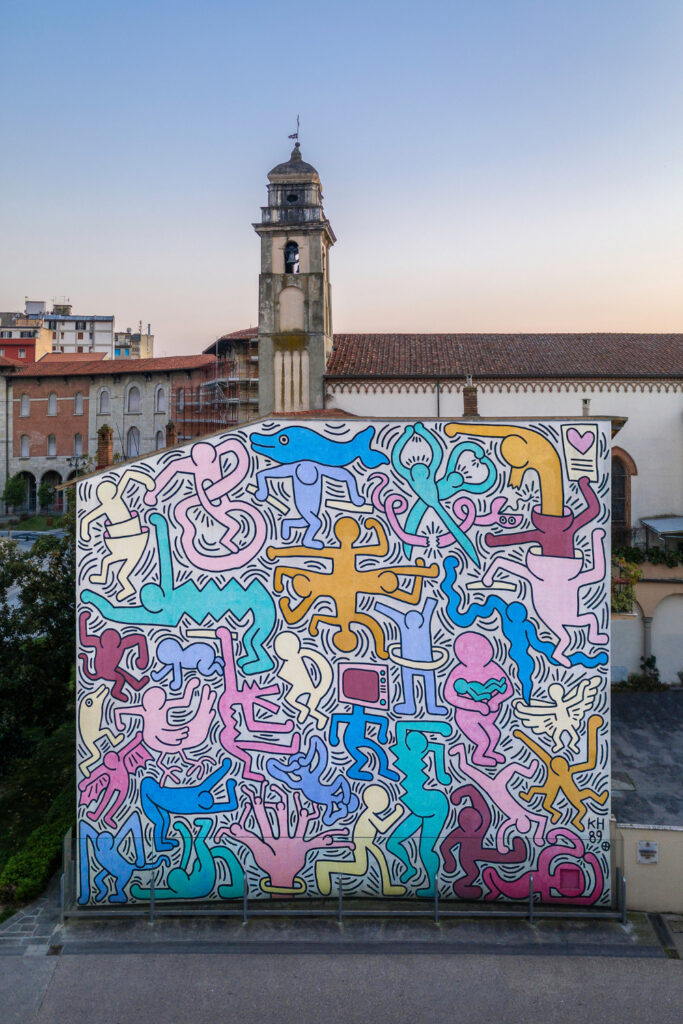