On the way to Lajatico to the hamlet of Orciatico there are two ruins of windmills. The first dates back to the second half of 17th century, when trade was flourishing. Now it was recovered and restored. The second was built in the 18th century. Both are in stone, have two floors and a revolving turret in wood.

Why windmills here ? The local millers were unable to operate the grinding stones by water alone since there was a lack of water in the surrounding streams, especially in the summer. Somebody came up with the idea of harnessing the wind and two circular towers were built in stone on the hilltop.

The towers had two floors: the cereals were stored at the bottom and the milling took place at the top. The blades could rotate in any direction and the energy proved a massive help to the millers who continued to use them until the early nineteenth century. 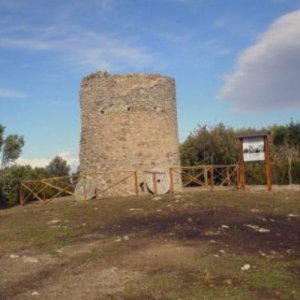 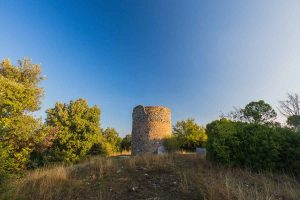