Some documents date the birth of the farm and the Palazzo di Via Carraia, owned by the Florentine Salviati family, to the mid-15th century. From the mid-16th century Fattoria became the property of Piero Salviati, uncle of Cosimo I de’ Medici. The Salviati were a family of bankers and merchants specialising in silk and wool whose interests extended beyond the region to Constantinople, London and Bruges.

On Piero’s death, the palace became the property of another important family, the Alimeni, probably as a result of a donation made by Cosimo I de’ Medici in gratitude for the family’s loyalty to their family. The Almeni family came from Perugia, a place that allowed them to cultivate political and commercial relations with Rome and Florence and therefore with the Medici. Sforza Almeni was a secret waiter to Cosimo I de’ Medici, who gave him the Peccioli farm in 1565, including all the estates.

The last heirs of the family were Isabella Nerli and Eleonora Bonaccorsi, who donated the entire property to Pietro Leopoldo, Grand Duke of Tuscany, and then to the Royal Treasury, which in turn gave it to the Berte family.

In 1919 the palace and the farm were sold to the company Fondi Rustici of Rome, which became one of the constituent companies of the Gerolamo Gaslini Foundation. Recently, in 2004, part of the estate was purchased by the municipality of Peccioli, which in 2019 began a major renovation and redevelopment project.

Renovated to a design by architect Mario Cucinella, the building will host numerous temporary and permanent exhibitions.

It features a large panoramic terrace overlooking the valley, and there is also a newspaper library and cafeteria inside.
It was inaugurated to the public on 1 July 2021. 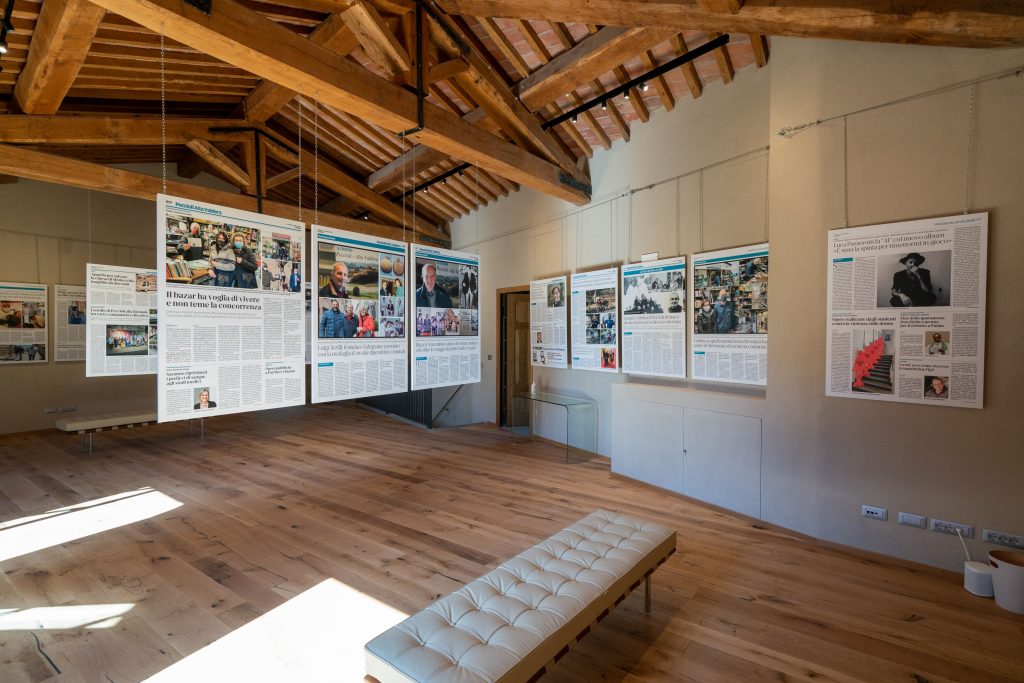