The church was officiated on 7 July 1562. On 17 April 1565 Vasari began construction on the site of the old church of San Sebastiano alle Fabbriche Maggiori. Cosimo I de’ Medici had it built as Collegiate Church of the Military Order of Chivalry of St. Stephen, pope and protomartyr. The façade, initiated by Vasari, was completed to a design by Giovanni de’ Medici.

The church originally featured an aisleless nave. The two side aisles were added in the 17th century and completed only in 1934.
The great wooden ceiling is decorated with works dedicated to the exploits and glory of the Order of St. Stephen.

The interior preserves mementos, flags and lights taken away from Turkish and pirate ships during the 16th, 17th and 18th centuries. 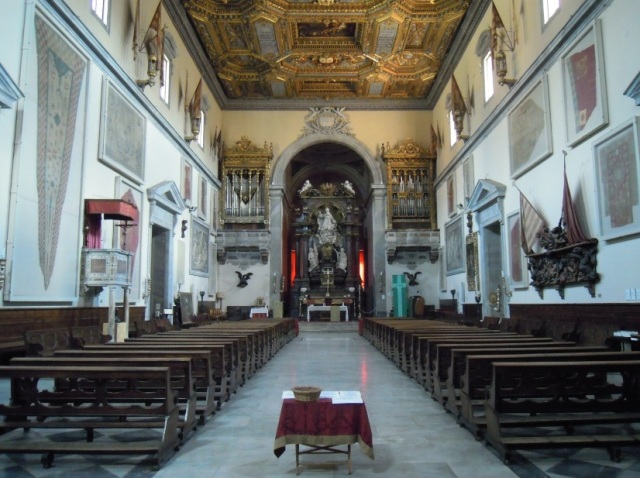