The church, dating from the late 11th century, was built on the initiative of Archbishop Daiberto and completed thanks to the generosity of Countess Matilda of Tuscany. The Church is dedicated to the martyr Ermolao, the protector of Calci and of the olive trees in Val Graziosa (around Calci), who is celebrated with a feast at the beginning of August.

The church keeps the relics of his left arm which was carried from Costantinopoli in the 12th century under concession of the Byzanthine emperor in change of military support by the Pisa Republic.

The façade is divided by two tiers of blind arches. Decorations consist of geometric motifs typical of the Pisan Romnesque style. Behind the church the thick, unfinished bell tower, built of stones and bricks.

The interior is divided into a nave and two aisles by granite columns topped by Ionic and Corinthian capitals. Interesting items include the altar in Carrara marble, the 17th century lesser altars, a 12th century baptismal font consisting of four basins sculpted from a single block of marble with reliefs, produced by the school of Biduino. 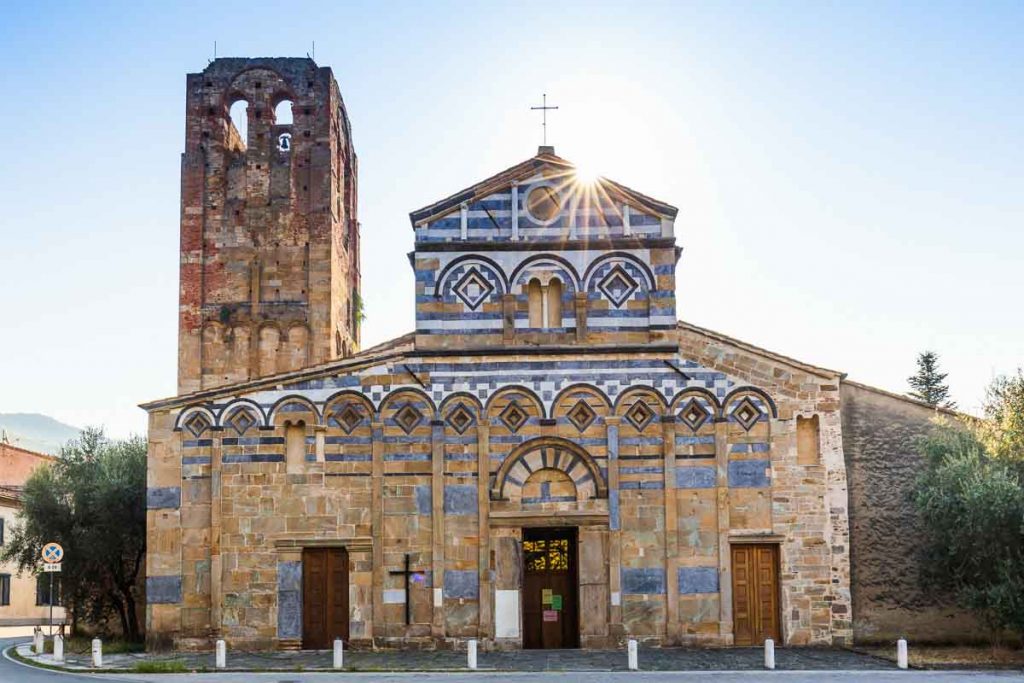 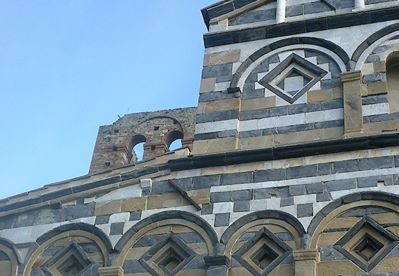