The Medicei Shipyards (Arsenali) are a set of 16th-century buildings dedicated to shipbuilding, along the Arno river. The history goes goes back to Cosimo I de ‘Medici, who wanted to build an arsenal for the ships of the Tuscan fleet. The work was entrusted to the architect Buontalenti, who articulated eight naves with arches resting on pillars. The dimensions were really remarkable: 59 meters long, over 8 meters high and the spans up to almost 11 meters, as they had to consider the measures of the biggest boats of the time.

At the beginning, the shipbuilding activity was going very well, so much so that, in order to meet the demands and the orders, it was decided to extend the area of the shipyards by moving the “Giardino dei Semplici” (the present Botanical Garden). However, competition from the shipyards of Livorno and a changed maritime policy soon decreed a slow but inexorable decline until the Lorraine transformed the premises to accommodate the stallions of the regiment of Dragoons.

The Florentine conquest in 1406 led to further changes in the area, including the construction of the Guelph Tower (known as the “Cittadella”) 18 meters high, in opposition to the Ghibelline Tower now disappeared. The area was forbidden to the Pisans and to any commercial activity. Since the 16th century ceased to be a military fortress and there was established the first seat of the Botanical Garden. In the 18th century there were located the prisons and was built a cavalry barracks, hard hit by the bombing of 1943, along with most of the medieval arsenals.

The Guelph Tower was faithfully rebuilt after the bombings of 1944. Its unmistakable profile has always attracted the attention of those who have stayed or walked on the Lungarni.
Inside are exposed some coats of arms of the Florentine Commissioners who succeeded in the government of the city. 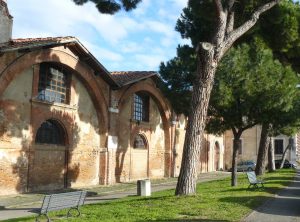 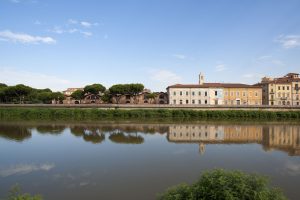 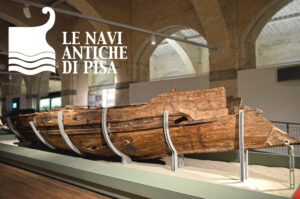